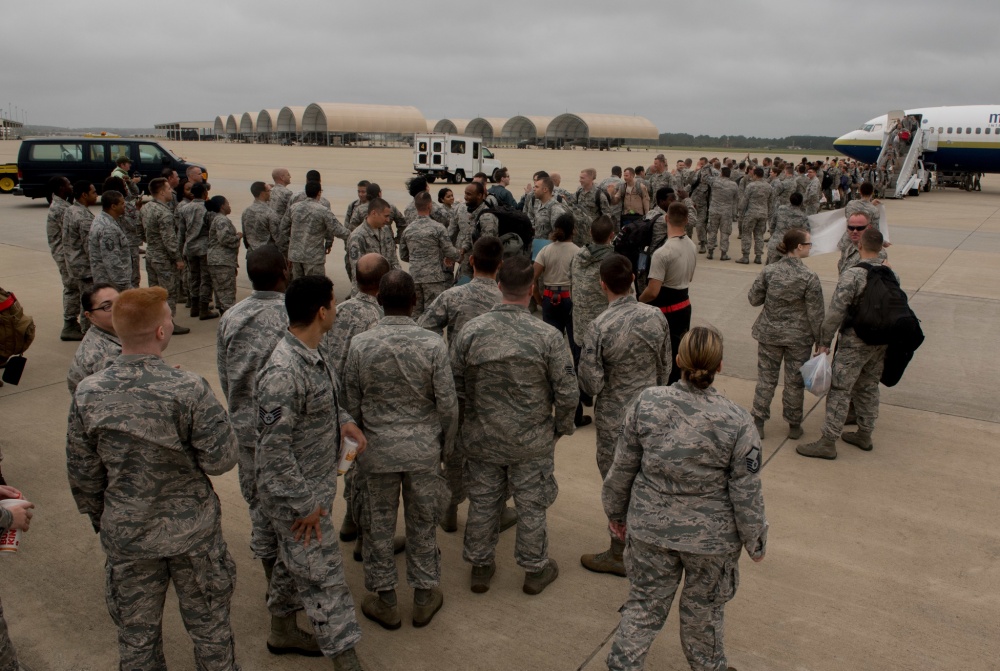 JOINT BASE LANGLEY-EUSTIS, Va. – More than 100 members of the 1st Fighter Wing returned to Langley Air Force Base today after a six month deployment to the Middle East.

During their deployment, the F-22 Raptors participated in Operation INHERENT RESOLVE against the Islamic State in Iraq and Syria.

While the 1st FW’s 27th Fighter Squadron was the lead element deployed, they were joined by personnel from the 27th Aircraft Maintenance Unit as well as Virginia Air National Guard Airmen assigned to the 192nd Fighter Wing.

“When we go to combat, it is truly a total force effort with our 192nd FW partners,” said Hinds.

The 1st FW homecoming was not quite complete, as some F-22s remained in Europe as part of the European Deterrence Initiative.

While in the Europe, the F-22s will also forward deploy from the United Kingdom to other NATO bases to maximize training opportunities.

“Today’s homecoming is great.” said Hinds. “But we won’t really be home until everyone returns from Europe.”