The Monterey returned from its last deployment in January after spending 7.5 months in the 5th and 6th Fleet areas of operation.

The ship participated in New York Fleet Week in May.

The Monterey is one of two ships being deployed to the 5th and 6th Fleet areas to cover gaps left by the USS Fitzgerald and USS John S. McCain after they were damaged in collisions with merchant ships earlier this year.

The USS Monterey is deploying on a mission that was originally scheduled to be carried out by the Hawaii-based USS O'Kane. The O'Kane will instead head to the 7th Fleet to assist in coverage following the recent collisions.

"I am inspired and motivated by the crew of USS Monterey. I could not be more proud and honored to serve with this crew." said Capt. Dave Stoner, Monterey's commanding officer. "The effort and skills demonstrated over the last two months is a testament to the strength and abilities of this crew. These Sailors have epitomized this ship's motto, 'Rough in Battle, Ready in Peace'."

This is the first surge deployment under the Navy's Optimized Fleet Response Plan. 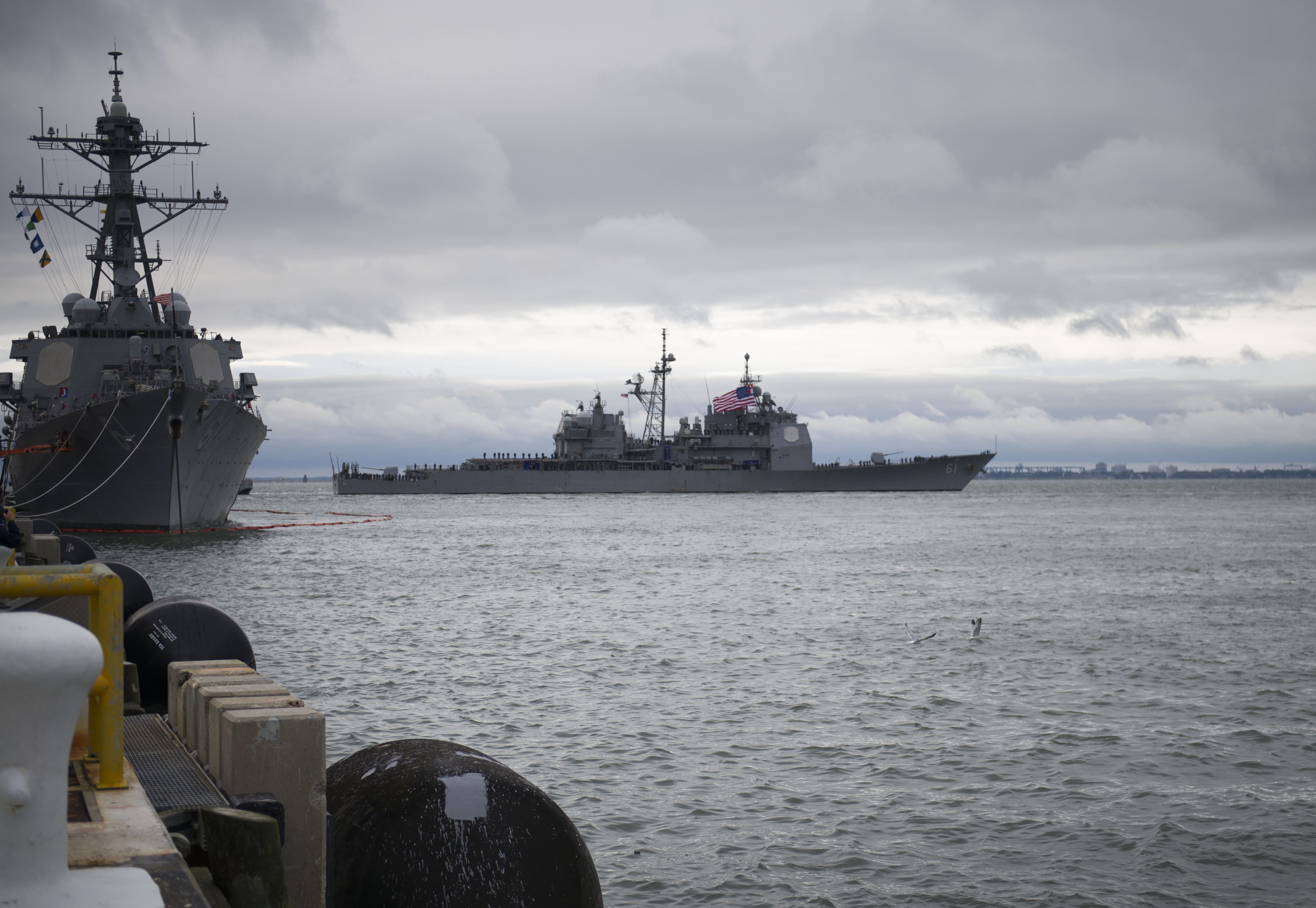