According to Chief Jay Fortenberry with the Edenton Fire Department, crews responded to the home at 104 Valentine Avenue around 12:30 a.m.

Upon arrival, crews reported seeing the home engulfed in flames.

The victim, 29-year-old Autrice Heckstall, was not able to escape from the home and died as a result of smoke inhalation. Family members tell News 3 Autrice was autistic. Autrice's mother woke her up and thought Autrice had followed her out of the house. However, once her mother was outside, she realized Autrice was still inside.

People tried to go back in the house to rescue her but the smoke was too thick.

Chief Fortenberry says the fire started on the stove in the kitchen. It has been ruled accidental.

The home is a total loss. 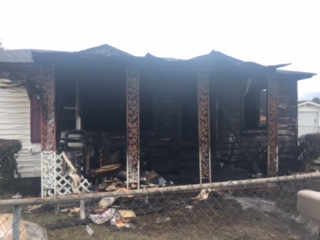