Women all over the world have joined a call to boycott Twitter over the platform’s treatment of actress Rose McGowan.

It started as a reaction to McGowan’s temporary suspension from Twitter earlier this week and quickly escalated to the number one global trend on the social media platform on Friday as #WomenBoycottTwitter.

The actress, known for the television series “Charmed” and the movie “Scream,” is on a growing list of woman that have accused Hollywood mogul Harvey Weinstein of rape, abuse and other forms of misconduct and has been tweeting about the scandal.

On Thursday, a spokeswoman for the disgraced movie mogul said, “Any allegations of non-consensual sex are unequivocally denied by Mr. Weinstein.”

McGowan instagrammed the notification she received from the company, adding: “TWITTER HAS SUSPENDED ME. THERE ARE POWERFUL FORCES AT WORK. BE MY VOICE.”

The social network responded with a tweet, stating that McGowan’s account “was temporarily locked because one of her Tweets included a private phone number, which violates our terms of service.”

“She had been tweeting powerfully about sexual harassment and bias in Hollywood, and her own experience as a survivor of sexual assault, and she spoke for many women who felt they couldn’t,” said Heidi N. Moore, a New York-based business editor, who was among the first to popularize the boycott.

“Twitter seems to be sending a message that they’d rather see us silenced than take real, meaningful action to fix a problem that’s plagued Twitter since the beginning … when Rose McGowan was temporarily blocked by Twitter, that amplified the perception of silencing victims of various forms of abuse. The idea behind the boycott is to show Twitter that silence they seem to prefer.”

Moore suggested the boycott last 24 hours, and advised users to completely log out of the popular social media platform starting at midnight Eastern Daylight Time. She added that if folks want to keep tweeting they should amplify women’s work and voices instead.

McGowan joined in on the boycott, tweeting: “At midnight we RISE.”

But there were a few who questioned the validity of volunteering a silence and asked if it made sense for victims and supporters to be quiet.

Some Twitter users, including famed director Ava DuVernay, added the issue of race to the conversation, noting that women of color had not received the same type of support when they protested.

In its response to McGowan on Thursday, Twitter said it would be “clearer about these policies and decisions in the future.”

“Twitter is proud to empower and support the voices on our platform, especially those that speak truth to power. We stand with the brave women and men who use Twitter to share their stories, and will work hard every day to improve our processes to protect those voices,” it added.

“Some visible users have left the platform, but it hasn’t seemed to make Twitter sit up and take notice. This was a different idea for trying to get that message across,” said Kelly Ellis, a software engineer from San Francisco, who created the hashtag. “I hope to see some meaningful changes come out of it, including better tools for dealing with dogpile-style harassment.” 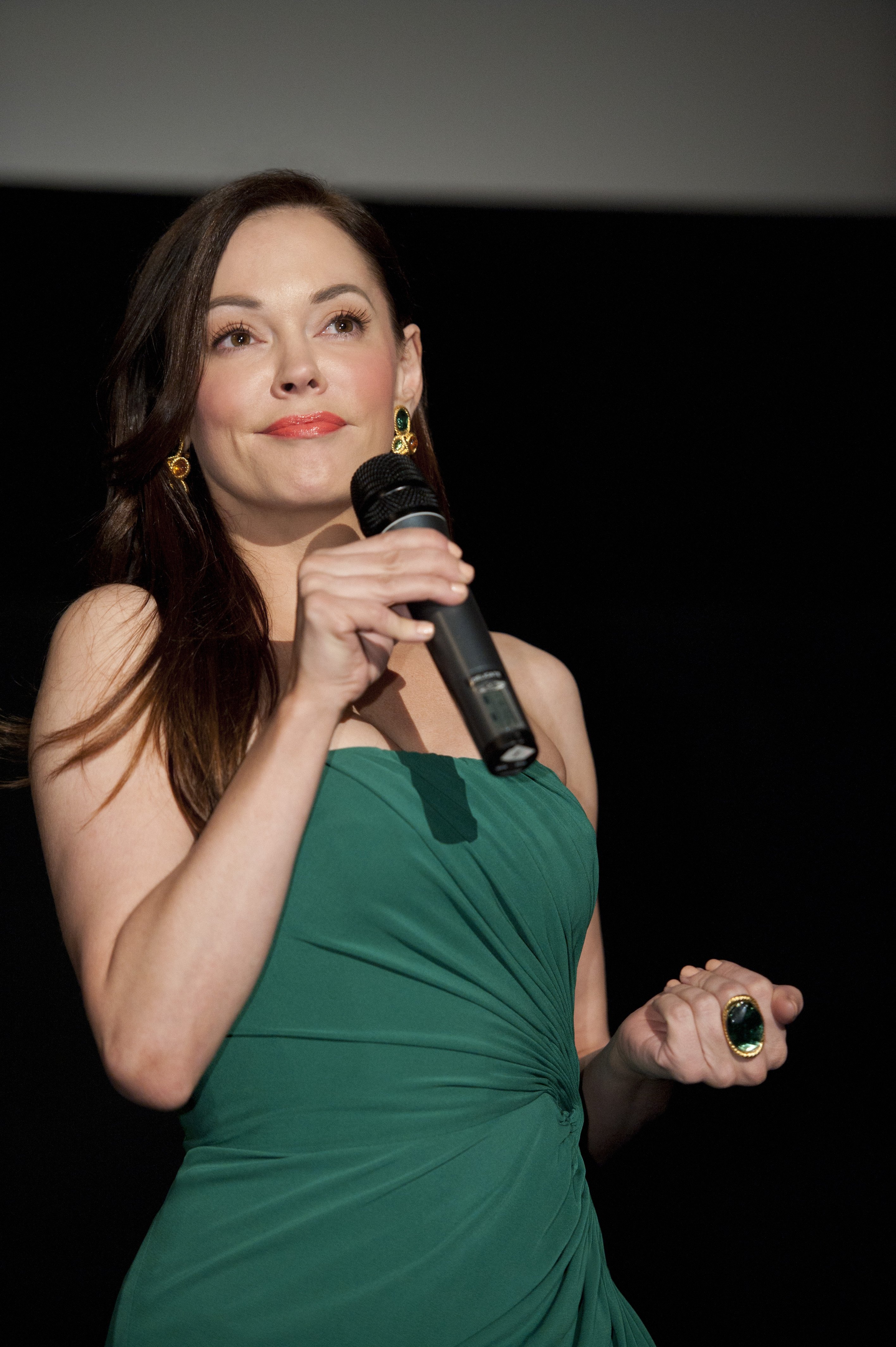 The Academy to meet Saturday to decide Harvey Weinstein’s fate