Several thousand more people were ordered Saturday to evacuate from the Northern California city of Santa Rosa as a new wildfire threatened the area, six days after deadly blazes started to devastate the region.

A large part of the city was evacuated earlier when wildfires began tearing through Northern California on Sunday night, killing at least 36 people, including 19 in Sonoma County, where Santa Rosa is located.

The exact number of new evacuations wasn’t immediately available, but California Department of Forestry and Fire Protection spokeswoman Amy Head said several thousand people in that part of Santa Rosa are being told to leave their homes.

The blaze threatening Santa Rosa was a new fire that erupted Friday along state Highway 12 between two other wildfires that have been burning for days.

The wind-driven fires have been fast and ruthless, shifting without much notice and destroying thousands of structures. They spread so fast on the first night, many residents and first responders were caught off guard.

The outbreak of wildfires has become one of the deadliest in the state history, according to Cal Fire. More than 200 people have been reported missing since the fires began. 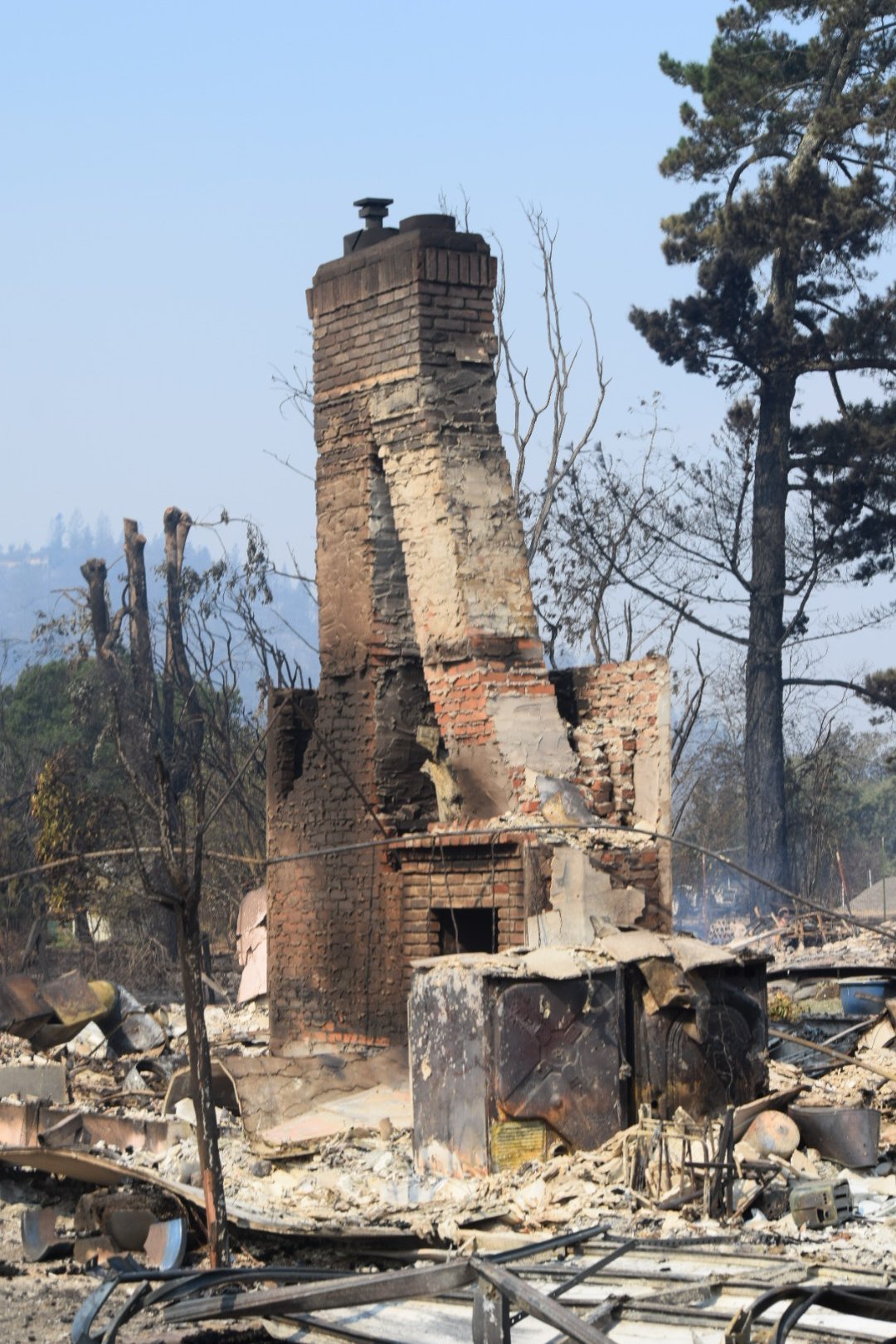 The deputy drives through neighborhoods with trees engulfed in flames as clouds of hot ash hit the windshield of his patrol car.

“The video really tells the story of how dangerous and how difficult the event was,” Sonoma County Sheriff Rob Giordano said Friday. “It is not over. Stay away from the houses and understand the severity of what this fire can do.”

Grim stories have emerged of desperate attempts to save people.

Many of the dead were so badly burned, their bodies were reduced to ash and bones. In some cases, authorities have used dental records, fingerprints, tattoos and serial numbers on hip implants to identify victims.

“We’ve been forced to work that direction because we may not have enough information to identify people because of the … severity of the burn,” Giordano said Thursday.

A firefighting force of more than 10,000 has made progress battling the blazes, but strong winds Saturday could create new problems.

“We are very concerned about what can potentially happen over the weekend,” the National Weather Service said.

Forecasters said winds of 30 to 40 mph, with gusts up to 50 mph, could challenge the firefighters’ gains.

The 50,000-plus acre Atlas fire in Napa and Solano counties was 45% contained Saturday morning — up from 3% two days earlier. The 46,000-plus acre Nuns fire in Sonoma County was 10% contained.

The 35,000-acre Tubbs fire in Napa and Sonoma counties was 44% under control. The 34,000-acre Redwood and Potter fires in Mendocino County were 20% contained.

At least 16 wildfires have burned more than 214,000 acres throughout California, and if any new fires start, officials said they can spread rapidly. Already, about 100,000 people have been evacuated from the fires, which have destroyed an estimated 5,700 structures.

Searching through the rubble

Cadaver dogs and searchers have been going through what was left of a mobile home park in Santa Rosa, where 2,800 residences were destroyed earlier this week.

“We start with a bedroom because this fire occurred at night; we think a lot of people were in their bedrooms,” Sonoma County Sheriff’s Office spokesman Spencer Crum told CNN affiliate KOVR in Sacramento.

Crews inspected the debris, combing through wheelchairs, mattresses and pieces of metal trying to identify bodies.

“The searchers have a hard time. … I mean, we’re all humans. … It’s hard to come over here day after day after day,” Crum said.

A couple stayed in the pool of their Santa Rosa hilltop rental house for hours as the fire raged around them. Once the fires finally passed, Armando Berriz climbed out but his wife, Carmen, didn’t make it.

The couple had been celebrating their birthdays by the pool, playing games and swapping stories with relatives. When the flames surrounded the house at night, they took a car and tried to leave, but a tree fell, blocking the road.

When they couldn’t go any farther, they exited the vehicle and made their way back up the ridge to the house. They jumped into the pool to escape the heat.

“It wasn’t until close to dawn that my mom’s breath didn’t have the stamina to make it any more,” their daughter, Monica Ocon, told CNN.