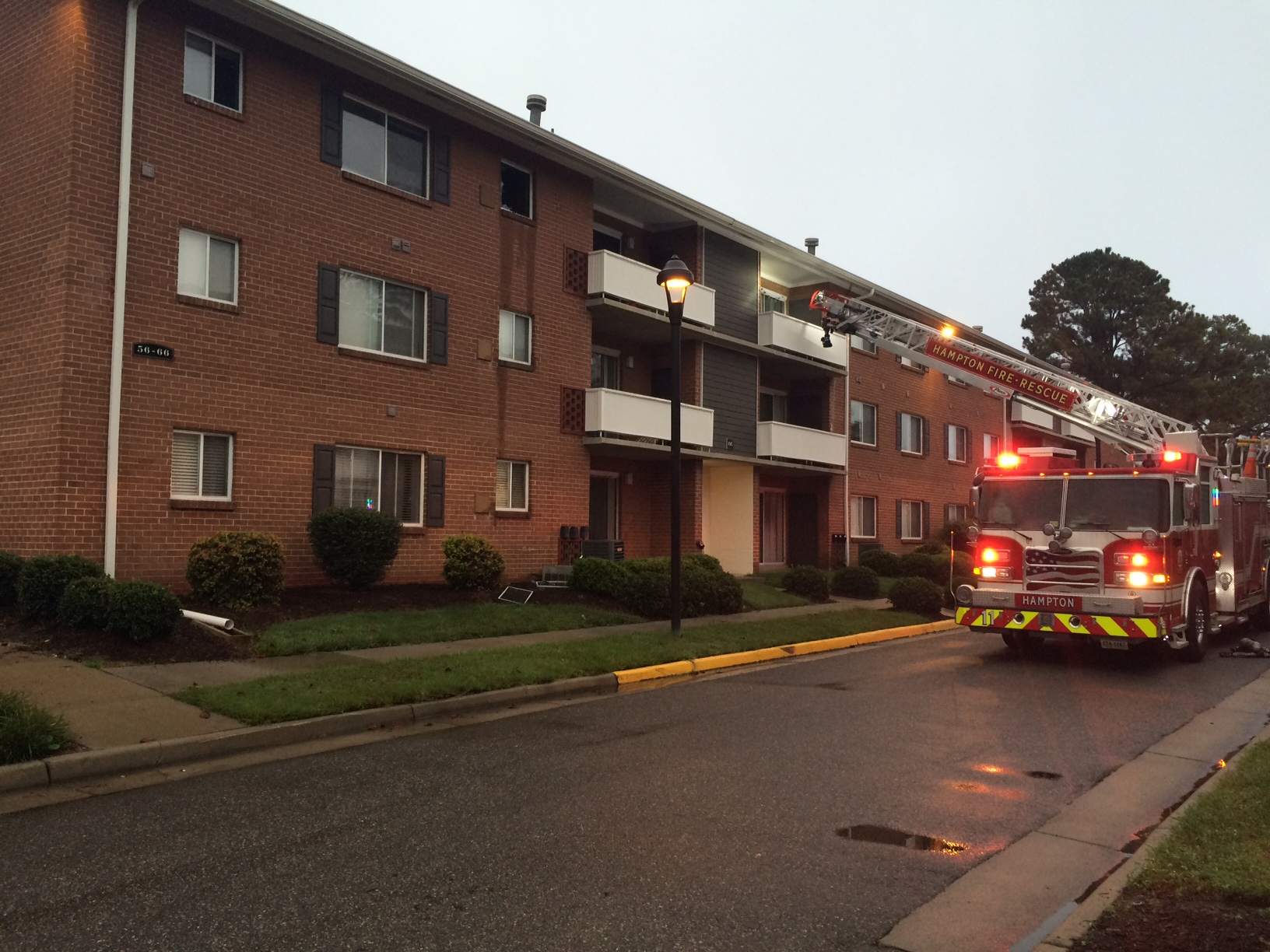 Officials say that dispatch received calls at 5:02 p.m. of a fire at an apartment complex at the address.

A dog died during the fire but no other injuries have been reported.

When firefighters arrived, they saw smoke coming from the hallway and stairwell of the second floor of the apartment.

Officials say firefighters had to use an aerial ladder to help people stuck on an apartment balcony adjacent to the fire. Those in the apartment next to where the fire started were not able to evacuate because of heavy smoke.

Major fire damage was caused to a kitchen area at the apartment complex and the fire took around 20 minutes to extinguish.

Two people have been displaced because of the fire.

Officials say the fire was accidental, but no other details about how it started were released.