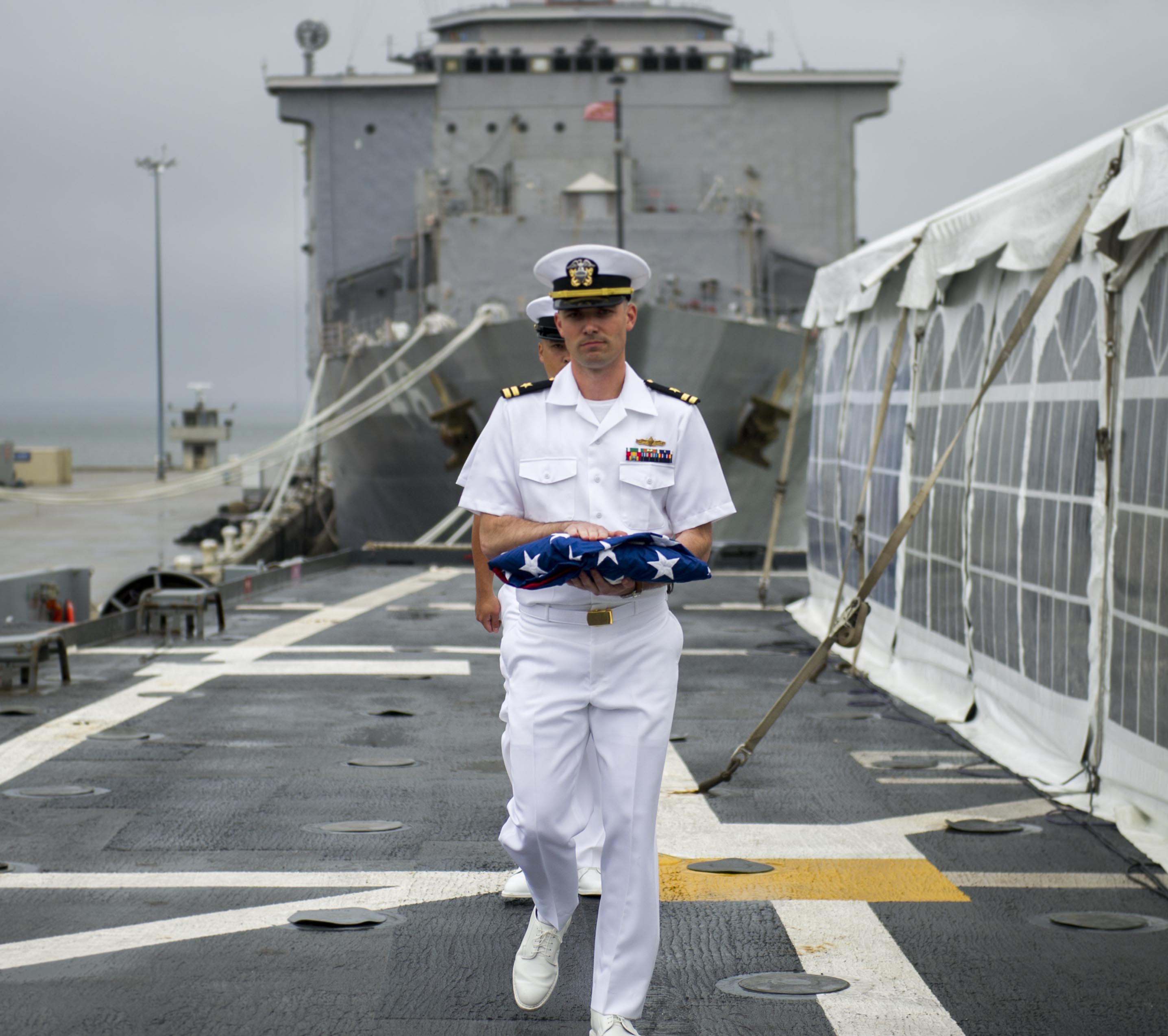 NORFOLK, Va. – The USS Ponce was decommissioned in a ceremony at Naval Station Norfolk on Saturday.

“After exceptional service to the Navy and nation for nearly half a century, it is bittersweet that the “Proud Lion” has returned to its homeport here in Norfolk for one last event, its decommissioning,” said Wells.  “It is quite an honor for me and also for the whole hybrid crew, made up of dedicated, professional Sailors and civilian mariners, to take Ponce to sea and bring it home for the last time. I can’t praise this team enough for the job they have done these last years, aboard this aged warrior, in the hot and hostile seas in Fifth Fleet.”

The Ponce returned to Norfolk on September 27 after being forward deployed to the 5th Fleet for the past five years.

USS Ponce was originally scheduled to be decommissioned in early 2012, but those plans were canceled and the ship was transferred to Military Sealift Command to be modified into an Afloat Forward Staging Base.

The ship left Norfolk in 2012 and has remained in the U.S. Navy’s 5th Fleet area of operations since then.

The USS Lewis B. Puller now has taken over responsibilities as the area’s Afloat Forward Staging Base.