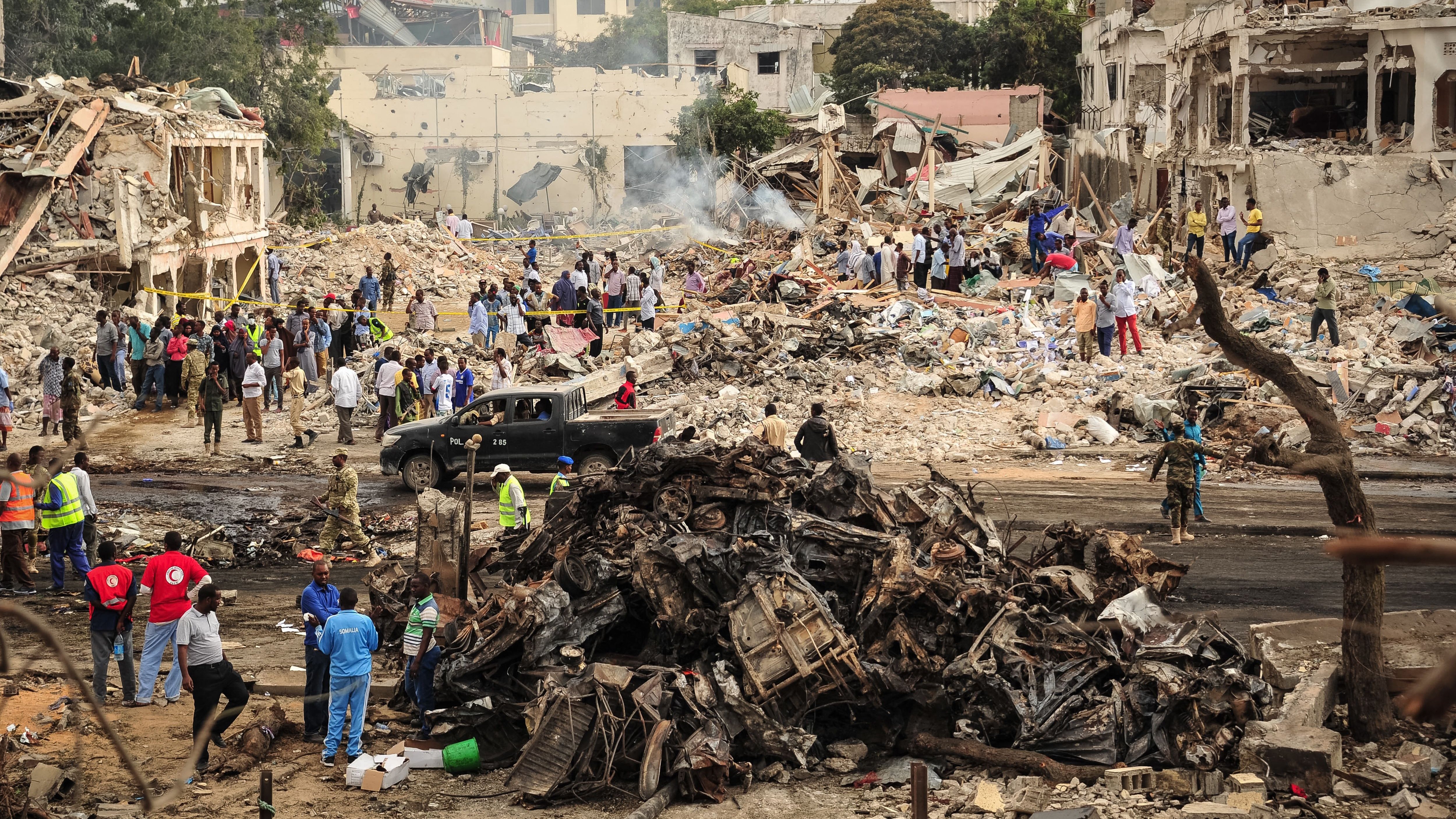 At least 300 people were confirmed dead after a double car bombing rocked Mogadishu on Saturday, making it the deadliest attack in Somalia’s modern history.

The revised death toll followed efforts by rescue works to recover bodies from the rubble and the deaths of several people who succumbed to their wounds on Monday, according to Maj. Ahmed Ibrahim of the police force.

More than 30 people injured severely by the blast were airlifted to Turkey on Monday by military air ambulance after the Turkish health minister arrived in the Somali capital.

The White House issued a statement Monday night strongly condemning the attack, calling terrorist organizations “the enemies of all civilized people.” The statement said US citizens were among the victims.

“The United States stands with the people and government of Somalia in their commitment to defeating these groups, ensuring the security of their people, and rebuilding their country,” the statement said.

Mogadishu, a large city on the east African nation’s coast, has endured high levels of violence for years. Al-Shabaab, an al Qaeda-linked terror group, has carried out several deadly car bomb attacks in the city. There has been no claim of responsibility in Saturday’s bombings.

The initial vehicle bomb destroyed dozens of stalls and the popular Safari Hotel in the heart of Mogadishu.

Qatar’s embassy was also damaged, according to a statement from its Ministry of Foreign Affairs. The embassy’s charge d’affaires suffered minor injuries, the statement said.

Minutes after the first blast, a second vehicle bomb went off nearby. No casualties were reported from that second blast, according to police.

Al-Shabaab, which is now based mainly in rural areas in the south of the country having lost control of Mogadishu in 2011, has been waging a war with the Somali government for more than 10 years, prompting the African Union to send in peace keeping troops.