NORFOLK, Va. - Months after the USS Gerald R. Ford was commissioned into the fleet, the lead in a new class of aircraft-carrier continues to test and evaluate the ship's capabilities.

On September 29, the Ford began Independent Steaming Exercise Two, which is part of a series of several required underways with daily flight operations to help Sailors in the air department train in preparation for flight deck certification.

A major component of the underway was nighttime flight operations.

“Just like any carrier, our mission objective is to be able to give air support,” said Chief Aviation Boatswain’s Mate (Handling) Edwin Mangona, one of Ford’s flight deck chiefs. “There are a lot of people who think that because we can operate at night, it gives us more of an advantage wherever protection is needed. There is no certain time we can’t protect. When we are in country and give our troops on the ground protection, we’re 24/7.”

“During the next underway, we’re going to be certifying our flight deck,” said Aviation Boatswain’s Mate (Handling) 2nd Class Hannibal Johnson-Bey. “We need qualified, knowledgeable, and read-to-go junior airmen to get the aircraft off the elevators expeditiously. We have a lot of junior airmen who are ready to learn, and we need to train them the best we can.”

The Ford is continuing to test and evaluate the ship in advance of its first deployment in several years. 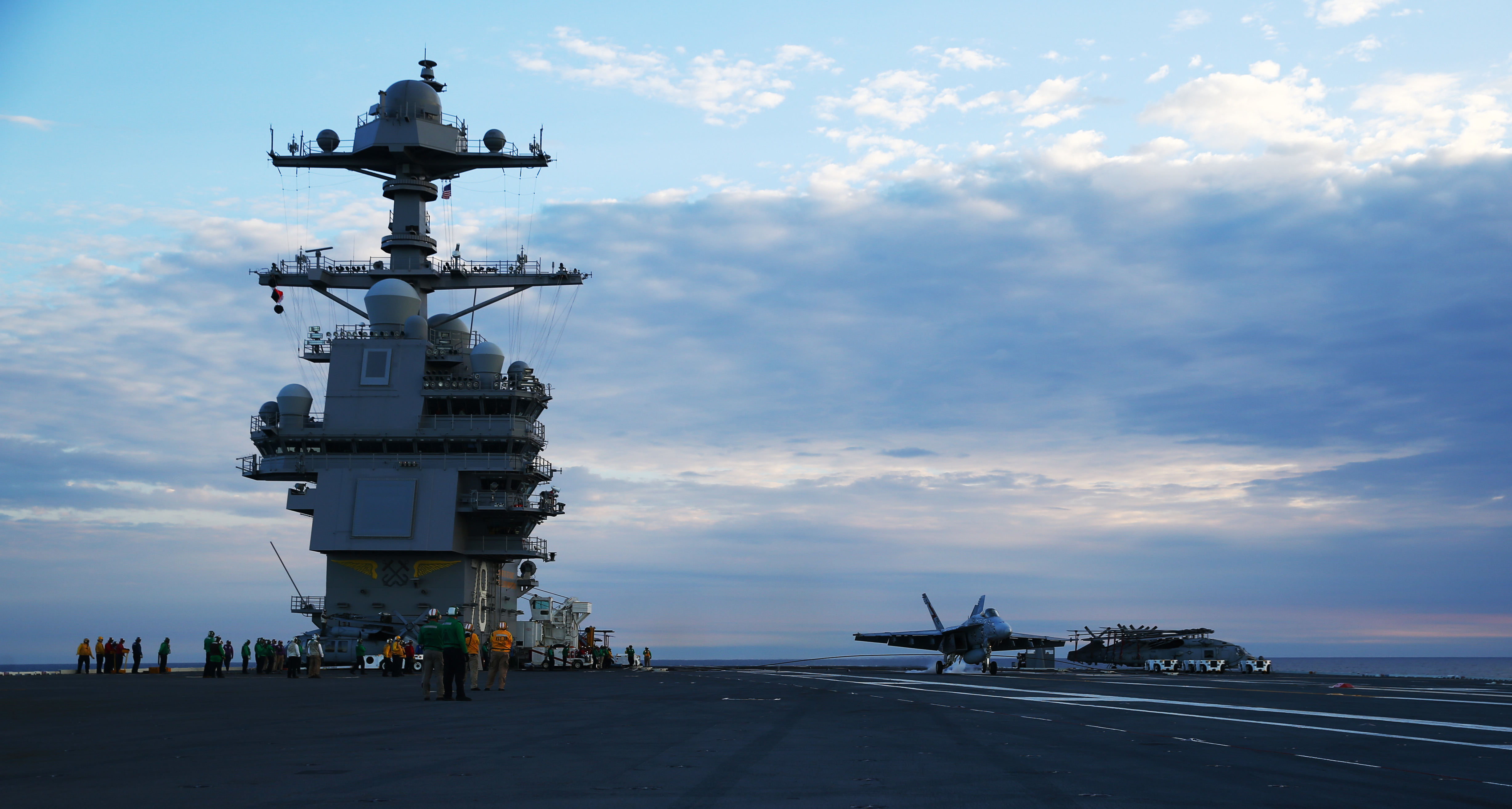