Trump says he hasn’t been asked to do Mueller interview 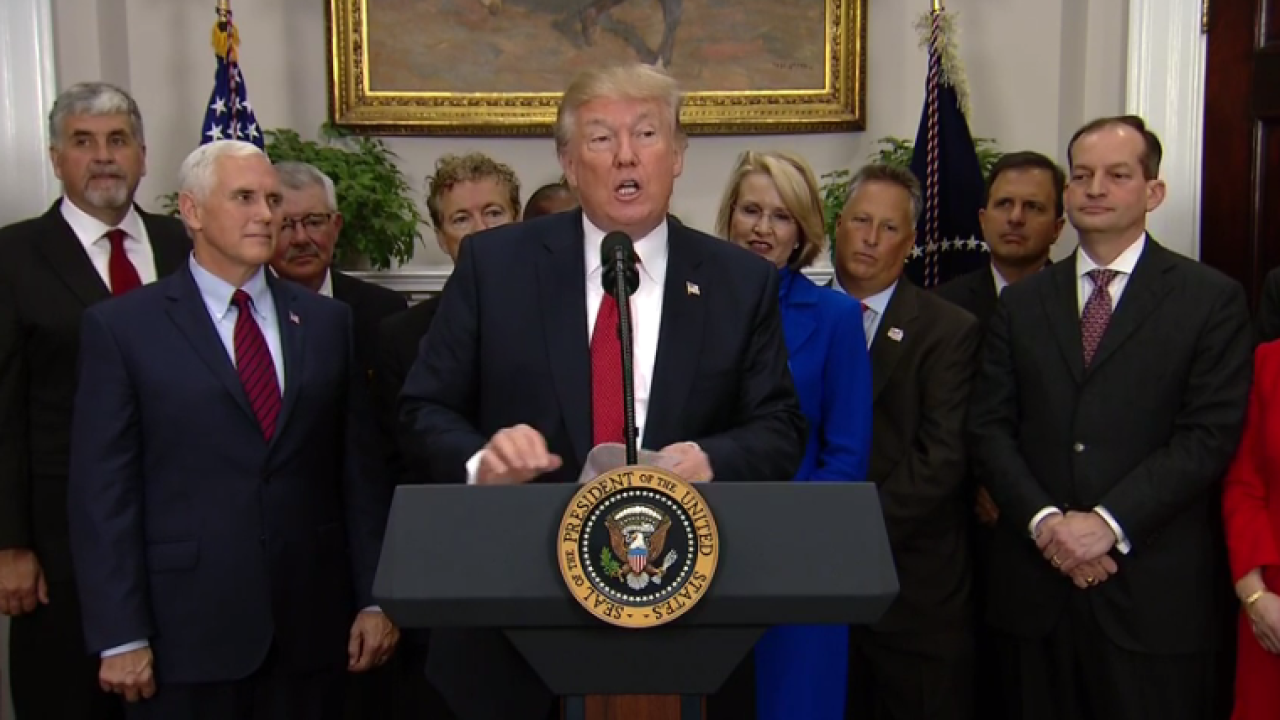 President Donald Trump says he hasn’t been asked to be interviewed by special counsel Robert Mueller in relation to the probe into Russian interference in last year’s election and allegations of collusion by Trump associates.

Despite a Politico report suggesting Trump’s legal team may offer Mueller an interview with Trump, the President said he hasn’t been asked.

“I don’t know. Nobody’s asked me to do that,” he told Fox Business Network’s Maria Bartiromo on Friday. “There has — there is no collusion I can tell you that. Everybody’s seen that. You know, you have Senate meetings, you have Senate hearings and nobody has asked us to do interviews anywhere. They have found no collusion.”

Trump added that he believes there’s consensus in Congress over the issue.

“In fact, the other side even admits it. They come out of these hearings, whether it’s Senate or whether it’s the House, and they say — is there collusion? Everyone looks like there’s no collusion,” he added.

Former White House chief of staff Reince Priebus was interviewed by Mueller’s team October 13, according to a statement from Priebus’ attorney.

CNN was told by a separate source earlier this month that there is an expectation that Mueller’s team will wrap up interviewing the first group of White House officials by the end of the month.