Secretary of State Rex Tillerson’s surprise visit to Iraq will have one particular focus: calming tensions between Baghdad and the Kurds in order to keep both parties focused on Washington’s core priority: the war against ISIS.

“We have friends both in Baghdad and in (the Kurdish capital of) Erbil,” Tillerson said as he met Iraqi Prime Minister Haider al-Abadi on Monday.

Tillerson added that the US hopes to “look forward to future of a secure and stable Iraq.”

The US secretary of state landed in Iraq Monday on an unannounced stop during a trip that is taking him to the Middle East, Afghanistan and Switzerland. The top US diplomat donned a flak jacket and helmet, and boarded two blue and white helicopters to fly through the night skies over Baghdad to the heavily guarded US Embassy.

Tillerson met with Abadi for the second time in as many days after Iraqi forces seized Kurdish-controlled areas following fierce clashes.

Iraq moved into areas controlled by the Kurds this past week after they voted overwhelmingly for independence from Baghdad.

Abadi said Monday that his soldiers were told to respect Kurdish citizens, but he wanted to make clear that authority rested with the central government.

“When we entered Kirkuk, we sent a clear message that citizens should be treated respectfully, … but there should be a federal authority in Iraq,” Abadi said.

Both Iraq and the Kurds are critical US allies in an oil-rich and strategically important region, with the Kurds providing what’s widely seen as the most capable fighting force in the battle against the terror group.

Even as the Global Coalition to Defeat ISIS has made great strides — taking back territory, disrupting its financing and thwarting the flow of foreigners looking to join the fight — US officials say there’s still a great deal of work to do. And this fight between two critical allies, and their ongoing war of words, could complicate that.

“There’s still a lot of fighting against ISIS, so we have to maintain the focus on ISIS,” said a State Department official, speaking anonymously to discuss the concerns. Once that battle is largely won, the tougher long-term work of stabilizing Iraq has to get underway, the official said, and will require cooperation between the Kurds and the Iraqi federal government.

Opening up the situation for ISIS to return

A failure to do that could have devastating consequences.

“ISIS is still going to be a threat, a low boil insurgency that they’re going to have to fight,” the official said. “The only way we’re going to be able to transition to a more stable Iraq is if they work together, otherwise we’re just going from one conflict to another and it’s just opening up the situation for ISIS to return.”

That matters to Americans, said Daniel Serwer, director of the conflict management program at the Johns Hopkins School of Advanced International Studies, because Iraq “is a big and important country with a lot of oil in the middle of the Middle East that has already caused us a tremendous amount of grief, and can cause us more if we don’t get the post-ISIS situation right.”

And it matters to the region because “instability there could affect the territorial integrity of Turkey and Iran, because there are Kurds there,” Serwer said, as well as in Syria.

US officials had made clear that they didn’t want the Kurds to go forward with an independence vote. They offered a pathway through the UN to find a middle ground between long-held Kurdish ambitions and Iraqi resistance. Speaking Sunday in Qatar, Tillerson urged both sides to find common ground.

“We have encouraged restraint and we have encouraged the minimization of any type of conflict between forces involving either the Kurdistan forces, the Peshmerga, or forces that might be part of the Iraqi government coalition,” Tillerson said. “We hope that the parties will find themselves in a position of restraint.”

“The US was quite clear that we did not support the Kurdish independence referendum,” Tillerson added. “We did not believe it was time, given that the battle to defeat ISIS is still underway. And while there have been significant victories and significant progress in Iraq, that task is not yet complete.”

Privately, US officials had pointed out to the Kurds that the status quo offered them advantages: The Iraqi federal government had largely looked the other way in the months after the Kurds’ 2014 takeover of the area. Nobody challenged the Kurdish borders or raised questions about Kurdish oil exports. 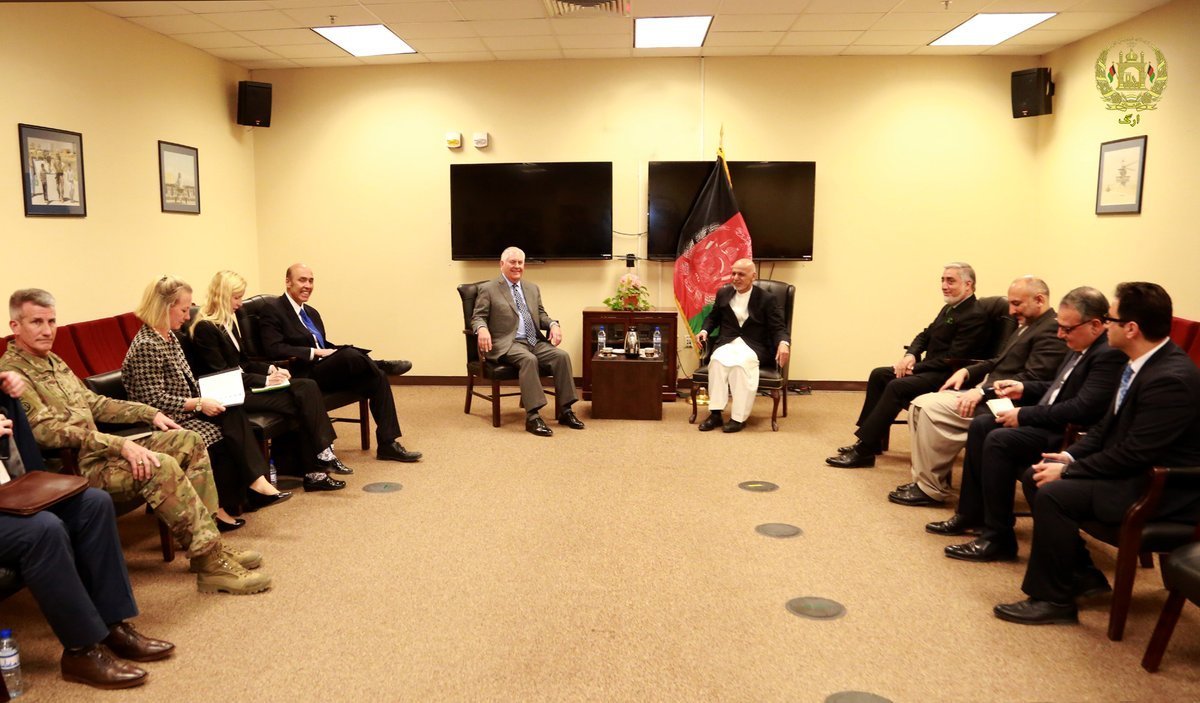 But with Abadi facing elections in a few months, he couldn’t afford to be seen overseeing the dismantling of Iraq by letting the referendum go unanswered. The fate of this part of Iraq, called “the disputed territories,” was supposed to be worked out in the Iraqi constitution and US officials still hope that can be the case.

In the meantime, after ISIS is routed, the task ahead is formidable. The still have to stabilize communities, making sure that electricity systems are re-created, businesses get back up and running, and schools are built. There are still tens of thousands of internally displaced persons who have to move back into their homes.

“The areas where a lot of this needs to take place is areas where there’s both a Kurdish and federal government presence,” the administration official said.

Denise Natali, director of the Center for Strategic Research at the National Defense University, said the Kurdish decision to go for the September 25 referendum was driven by the most “uncompromising” elements within Kurdish politics who were uninterested in working with Baghdad. Washington, she said, should reconsider the partners it has chosen from within the Kurdish power centers.

“We need to reset this relationship,” Natali said. “We need to work with leaders who understand the important of the Iraqi government.” The immediate backlash to any other push for Kurdish separation “is to have Turkey, or Iran or other Iraqis react,” she said.

The administration official said that Turkey, which has very tense relations with its own Kurdish minority, jumped into the fray it would be “the worst-case scenario.”

That “would rile up Baghdad, it would rile up Kurds, it would turn into a regional issue, because if the Turks come in, the Iranians could come in,” the official said.

“These are two critical allies of the United States,” the official said. “We want to continue to work with both of them, we don’t want to see them in a situation with any type of confrontation. Both sides have to understand there is going to have to be compromise on how that’s done and work out a path forward on a peaceful path forward.”

The US had suggested a framework through the United Nations where the two sides could discuss outstanding issues “over a couple of years,” with US facilitation. Kurdish leader Masoud Barzani decided to proceed with the referendum anyway, leading to a spectacular reversal of fortune and Iraqi control over territories he used to oversee.

“We have to help them get back to the negotiating table,” said Serwer. But he adds a note of caution, noting that the Trump administration’s moves to reduce the size of the State Department could hurt US efforts to make a change. Moderating a solution to ongoing Kurdish and Iraqi tensions “doesn’t require military might,” Serwer said, “it requires diplomatic heft, which is being systematically dismantled.”