Some public schools in Puerto Rico reopened Tuesday, a small step toward normalcy almost five weeks after Hurricane Maria devastated the US territory.

“All of us and all of you are stronger than any hurricane,” Puerto Rico Gov. Ricardo Rosselló told students at a San Juan elementary school.

“With you, we will build a new Puerto Rico.”

Classes began in regions on opposite ends of the island, in San Juan and Mayaguez, according to education officials.

For some of Puerto Rico’s 345,000 students, the resuming of classes is a major step. Roughly 3 million Puerto Ricans, or more than 80% of the island’s residents, have no power. About a third of households are without reliable drinking water.

Sixty schools opened in the capital and 59 in Mayaguez, officials said. Students from 24 other schools, which remain closed, also attended some of the reopened schools.

Of the more than 1,100 public schools on the island, dozens were badly damaged, 190 are serving as community centers and more than 70 others are used to shelter families who lost their homes.

Rosselló stood with Education Secretary Julia Keleher as children planted a small tree on the grounds of the Julio Selles Solá School in San Juan as a symbol of resilience.

Keleher said last week that she wanted to resume classes for all as soon as possible. But she wanted repairs made first to ensure the safety of students and teachers.

“Schools are open as community centers around the island,” she said in a video posted on the education department Facebook page. “This allows families to return to work and assures our children and members of school communities have access to a warn meal.”

She said some schools in Bayamon, in the northern coastal valley, and in the southern city of Ponce are expected to reopen on October 30.

“Once we are certain that our students are safe, we will continue to open schools,” she said.

Keleher said the US Army Corp of Engineers has been evaluating school buildings. In addition, the education department has consulted the teachers’ union about recovering lost classroom time as well as state education officials in the US mainland about ensuring a smooth transition for students whose families have left the island.

‘They will … use the arts to heal’

In Corazal, Ezequiel Torres Rivas, 15, has no idea when he’ll return to school. His family lost their home and their possessions, and they’re living at a shelter in a school in the town southwest of San Juan.

They sleep on cots in a brightly painted classroom, where decorations still adorn the walls and a large plastic bucket surrounded by water jugs serve as the kitchen sink.

Ezequiel said he looked forward to returning to school.

“That’s where I saw all my friends, where I talked to them,” he said. “Now we don’t know when classes will start.”

Still, the possibility that the school year could be extended past June to make up for lost time did not appeal to the teenager.

“If classes don’t start, we won’t have a summer,” he said. “Summer is a blessing. We go to the beaches, to the river.” 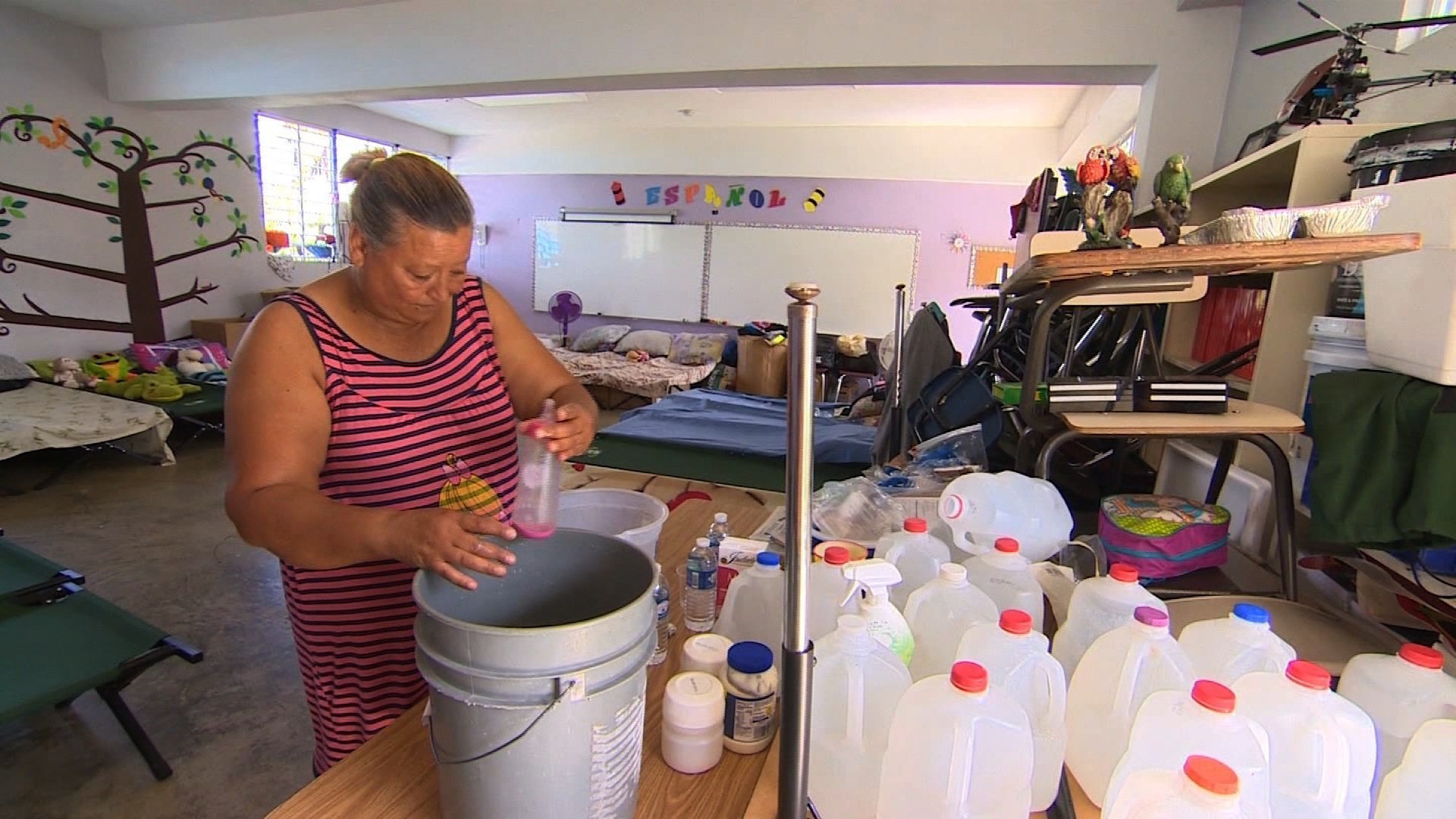