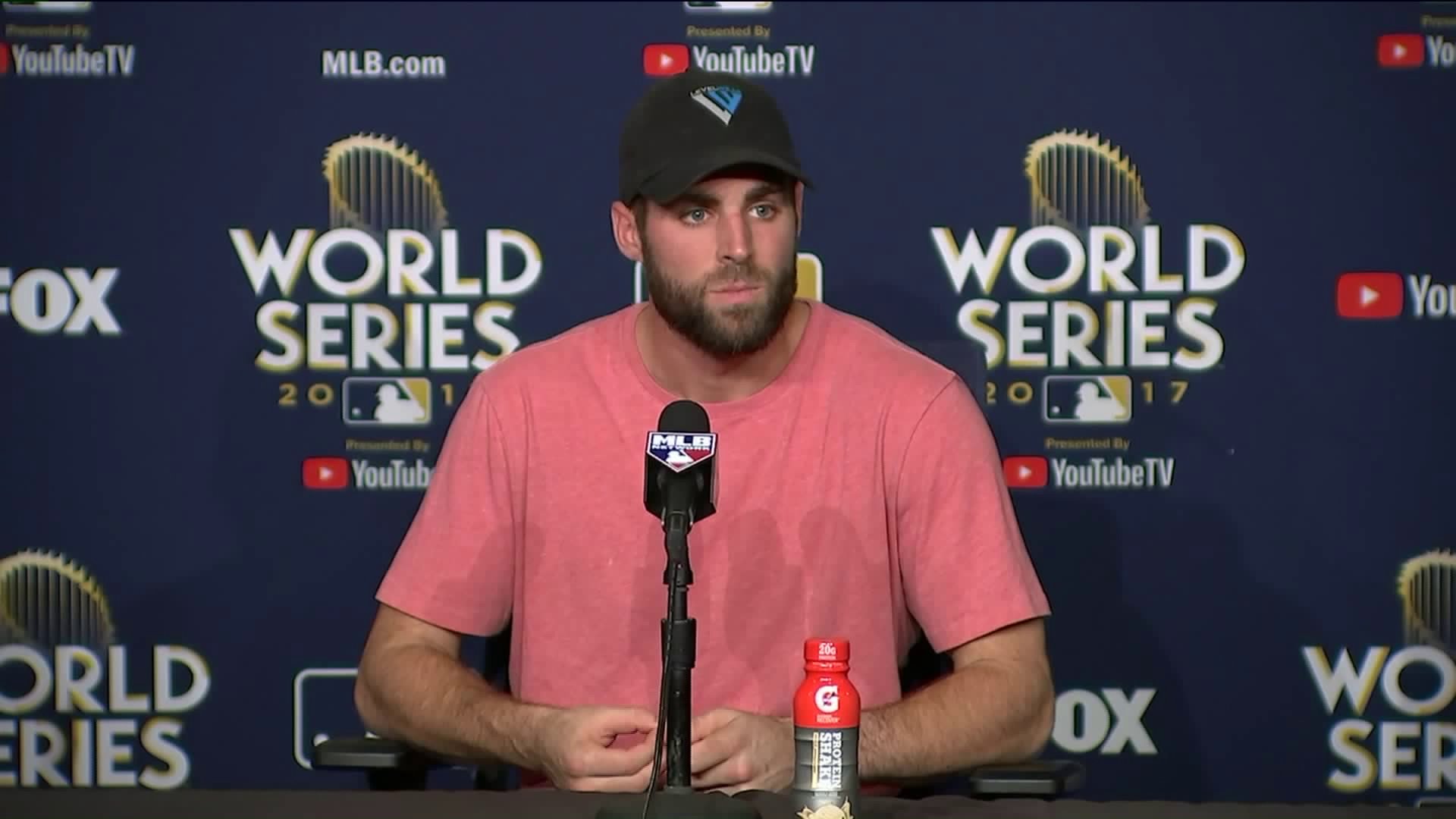 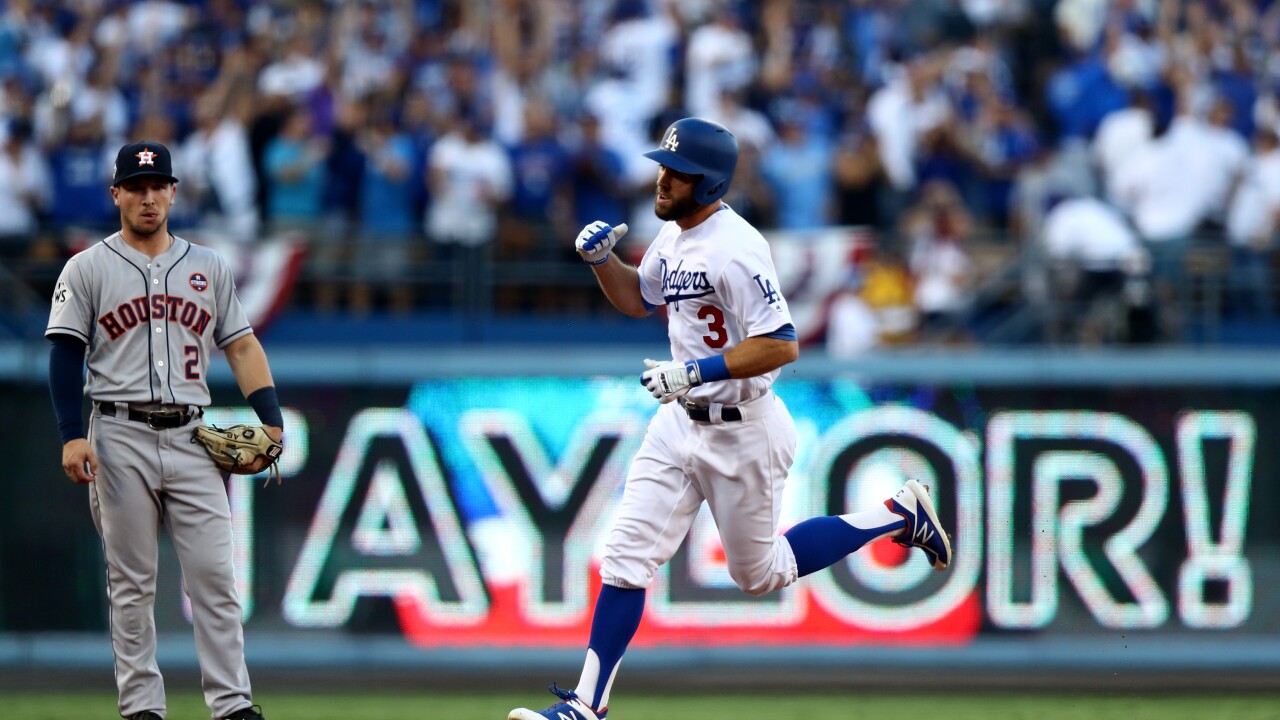 On the first pitch of his first at bat in his first World Series game, the Virginia Beach native homered off Astros pitcher Dallas Keuchel in a Dodgers' 3-1 victory to take a one-game lead in the 2017 World Series.

The Cox high school alumnus, who was voted co-MVP of the National League Championship Series, gave his Dodgers a 1-0 lead one pitch into the bottom of the first inning.

"We knew he liked to get ahead early," Taylor said after the game of Keuchel. "He does a really good job of picking at the corners, and throws a lot of chase pitches. But I just wanted to go up there and be aggressive, and try to jump on that first-pitch strike."

"I felt like I've been seeing the ball really well the whole postseason," Taylor said after hitting his third postseason home run. "And that just goes back to not trying to do too much. I think I struggled that last month of September because I was getting a little big and overswinging a little bit. And I just settled back into like a two-strike swing, still being aggressive and still looking to do damage, but not overswinging. Understanding if I get the barrel to the ball, it's going to go."

After Houston's Alex Bregman tied the game at one with a solo home run of his own in the fourth inning,  Los Angeles went back ahead in the sixth inning when Justin Turner belted a two-out, two-run homer to put the Dodgers up 3-1.

That cushion was enough for L.A. ace Clayton Kershaw. In seven innings pitched, the lefty strikes out 11 Houston batters without surrendering a walk. He's just the second pitcher in MLB postseason history (Don Newcombe) to strike out 11 without allowing a walk.

The Dodgers, undefeated at home this postseason, host Houston Wednesday in game two. The series then shifts to Texas for games three, four and five.