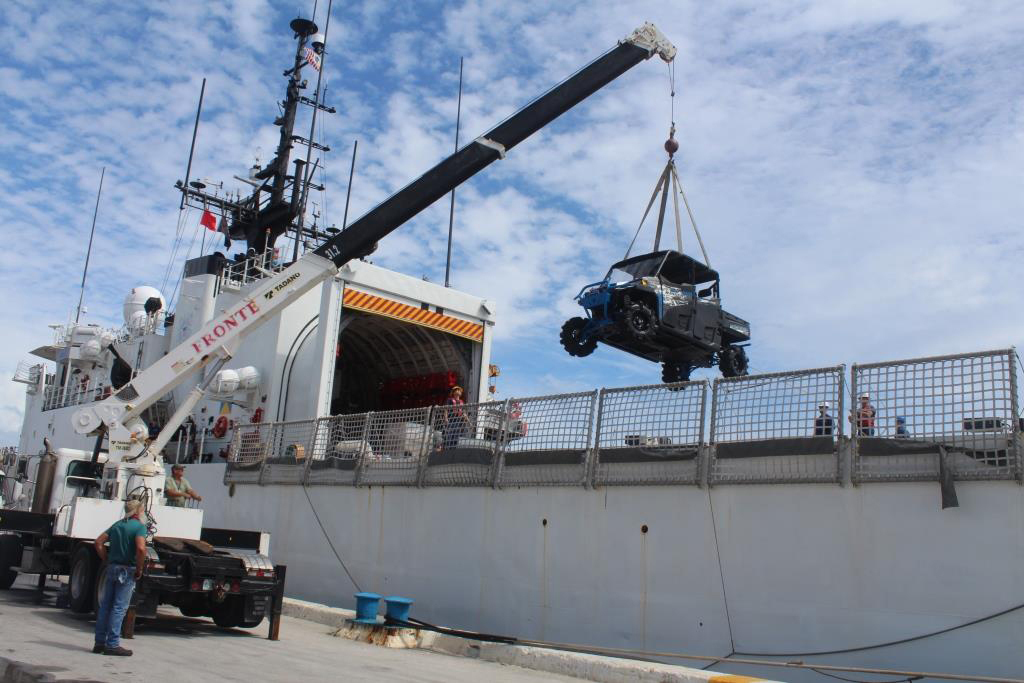 PORTSMOUTH, Va. — After being deployed 28 days to help with hurricane relief in Puerto Rico, crew of the Coast Guard Cutter Bear have returned home.

The Bear left Portsmouth on Oct. 1.to help the U.S. territory devastated by Hurricane Maria, and was one of more than 15 Coast Guard boats and ships to be deployed to the island.

Along with enforcing shipping laws, the Bear helped deliver supplies, complimented rebuilding efforts and helped patrol water ways in the aftermath of the storm.

This mission hit close to home for several crew members who have family in Puerto Rico that experienced firsthand the devastating effects of Hurricane Maria.

Coast Guard Petty Officer 2nd Class Maria Perez Bas spent most of her childhood growing up on the island where her family still lives today.

Perez Bas explained that her mother, who lives in Luquillo, lacks electricity and cell phone service. Many roads around her remain blocked, leaving her in near-total isolation from the outside world.

Fireman Joseph Mancina, another crew member aboard the Bear, also has family members on the island. He, along with other crew members, takes pride in the fact they delivered supplies such as electrical generators, baby formula and other essential items to their loved ones.

“I’m excited to be a part of these relief efforts because it’s what I joined the Coast Guard to do — to help people in need,” said Seaman Mark Smith, a cutter Bear crew member.

Additionally, the cutter carried supplies for Homeland Security Investigations agents in Puerto Rico as part of the Department of Homeland Security’s united coordination to provide critical relief supplies to the island.

The Bear returned to Portsmouth after having patrolled over 2,000 miles of coastline and having helped to police, preserve and protect commercial fisheries valued at over $49 million to local economies.