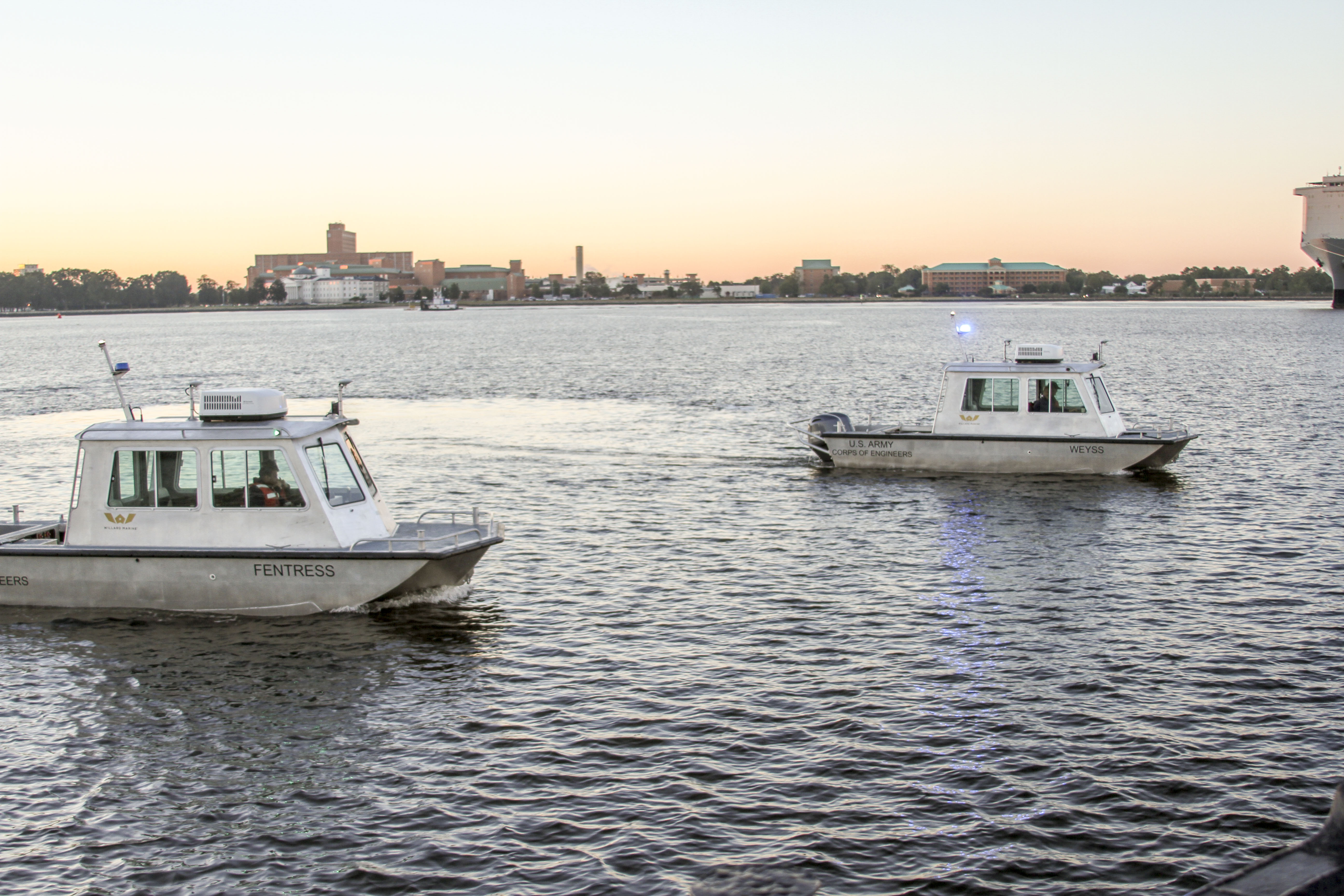 NORFOLK, Va. – The U.S. Army Corps of Engineers is christening two new survey vessels that will join the Norfolk fleet.

They’re equipped with multi-beam SONAR for depth measurement and RTK GPS system for horizontal and vertical positioning of the soundings, and will be used to survey the federal navigation channels throughout the Commonwealth of Virginia.

The Fentress is named for Mr. James F. Fentress, a long time district employee who operated and managed the Norfolk District’s mail program for five decades including through the Great Depression and during wars and peacetime.

The Weyss is named for Major John E. Weyss, who was assigned to the area by the U.S. Army Corps of Engineers, and created the first hydrographic survey and map by the Corps of Norfolk Harbor, which lead to the Recommendation for Improvement to Norfolk Harbor and thence the authorization of the project.

The two vessels are replacing 20 and 30-year-old vessels currently in service.