CHESAPEAKE, Va. - Chesapeake Police are looking for a man who they say is stealing donation jars from 7-Eleven stores across the city.

The jars are placed near the registers and support feeding the hungry, breast cancer research or hurricane relief efforts. Several have been lifted from the stores even though they are chained to the counter tops.

Police said the crimes happened over the last few weekends. Witnesses told News 3 the man would walk into the store, act as if he was getting coffee and then bolt towards the jar and rip it from the counter before running off.

One 7-Eleven manager told us their jar was full when it was stolen.

Police describe their suspect as a white male, approximately 5’10”, 200 lbs, short black hair and glasses. He was wearing a dark zip up jacket, light shirt dark pants, and dark shoes with red laces. 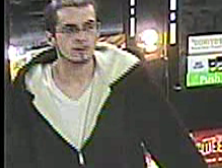 The vehicle he was driving in was a dark-colored, four-door sedan.