12 of the world’s most enticing food and drink trails 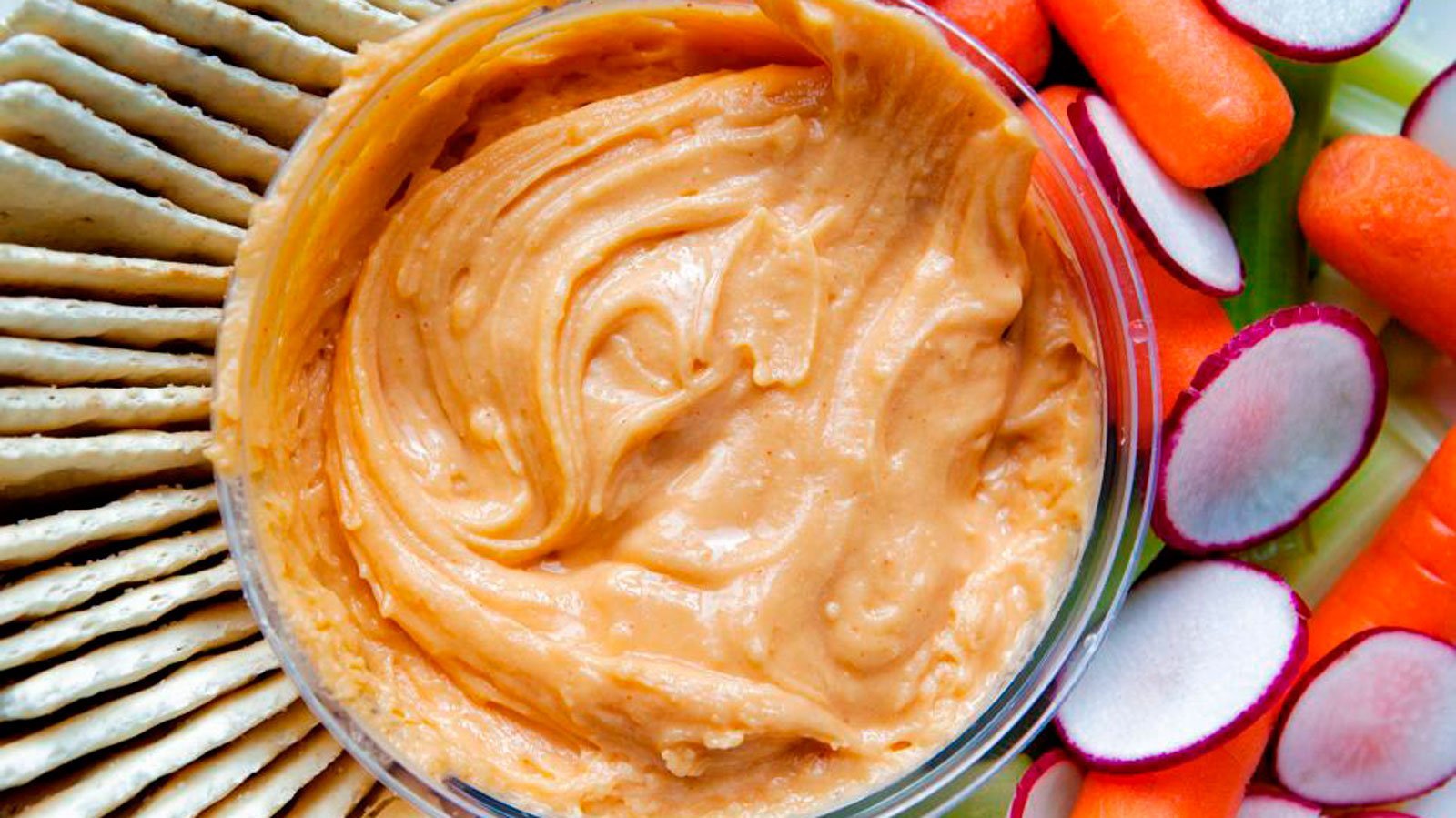 Culinary trails pull together the best of a region’s food and drink offerings, whether it’s to showcase a specific food item or cuisine or to highlight the diversity of local producers.

Around the world, these self-guided touring routes (and in one case, an actual foot trail) give visitors and residents alike an alternative — and flavor-filled — way to experience an area, while discovering something about its culinary heritage.

From the delicious dumplings of Canada’s Richmond to France’s Camembert cheese, these food and drink trails will help satisfy both your travel aspirations and your appetite.

Breaded and duck-filled wu gok or deep-fried wontons can all be found along the Dumpling Trail — a curated list of approximately 20 eateries that are home to some of the freshest, tastiest dumplings throughout Richmond, British Columbia.

Tourism Richmond launched the Dumpling Trail in August 2016, highlighting the culinary offerings of British Columbia’s fourth largest city: a suburb of greater Vancouver in which more than half of its 200,000 residents are of Asian descent.

The downloadable, easy-to-read map is available from the Visit Richmond website, along with details on the trail’s various dumpling types — from Korean mandu served with kimchi to Japanese pan-fried gyoza — and the best spots to find them.

The site also features transportation options and suggested routes, including a “hole-in-the-wall” itinerary that makes a delicious xian long bao stop inside a mall.

The slogan for northwestern Ireland’s Sligo Food Trail is “the secret’s in the mix,” a reference to this coastal seaport’s wide range of culinary experiences, from hands-on seafood harvesting to jam-making workshops for kids.

Trail members include restaurants, local producers, farmer’s markets… even gastro pubs and brewers, all chosen because they provide residents and visitors with a unique insight into the region’s lesser-known areas and offerings.

A particular favorite connects Sligo’s bountiful seafood purveyors, so you can sample mussels and crabs caught in nearby Donegal Bay and sit down to a plate of Mullaghmore crawfish.

Harrison’s Restaurant in Cliffoney Village even boasts a signature Wild Atlantic Way Platter — a reference to the iconic touring route that winds through County Sligo.

One of Kentucky’s great culinary legacies, beer cheese is a spread made from cheese, flat beer, Worcestershire sauce, and hot sauce, all flavored with various spices and often served alongside crackers, pretzels, or raw veggies.

While Kentucky’s Johnny Allman’s restaurant is believed to have been the first purveyor of beer cheese in the 1940s, the one thing known for sure is that the spread has since become a regional signature.

Offerings like a beer cheese platter or grilled beer cheese panini can be enjoyed from at least five of these stops.

Get your “Cheese Log” trail guide stamped and receive a commemorative T-shirt. Finish the form and you’ll earn the chance to become a beer cheese festival judge at Winchester’s Beer Cheese Festival each June.

These culinary offerings can be experienced along the Neck of the Woods flavor trail, a curated selection of everything from you-pick farms to cider houses, all with one thing in common: a passion for regional heritage.

There are nearly 100 businesses marked on Neck of the Woods’ interactive online map, each one color-coded to a particular category (eg. farm-to-table dining; vineyards & wineries), making it easy to create self-guided tours.

There’s a culinary adventure available through the Canadian province of Ontario’s Apple Country with the Apple Pie Trail, a downloadable map marked with 40 stops around Lake Huron’s South Georgian Bay.

Each one is associated with the region’s beloved apple growing industry, which dates back to the 1800s.

There are country markets, breweries, and of course sweet spots like Collingwood’s Heavenly Cafe, known for its delicious caramel apple cinnamon buns — an Apple Pie Trail must!

Along with a self-guided map, the Apple Pie Trail website also lists local lodgings, events, and activities like snowshoeing excursions and winery tours, all to help turn apple-themed road trips into a weekend-long extravaganzas.

Scotland’s Malt Whisky Trail offers an opportunity to discover the country’s original whisky through a bevy of tastings and tours.

Malt whisky — traditionally made with malted barley, but sometimes rye — is the pride of Moray Speyside, a seaside expanse of forests and foothills that’s home to the largest concentration of malt whisky distilleries on the planet.

Stops along the trail range from historic distilleries like Glenfiddich and Glen Moray to family-owned Benromach Distillery, as well as a working cooperage.

Visitors can talk with master distilleries, sample recipes that have been passed down for generations, and experience the ancient craft of barrel making. There’s also the option to drop in on a series of world-famous whisky bars along the way.

Beer may be a way of life in Germany, but the country is also home to the world’s first established wine trail — a nearly century-old established route that sheds light on such popular German wine varietals as reisling, spätburgunder (pinot noir), and weissburgunder (pinot blanc).

Founded in 1935, the well-marked German Wine Route runs through one of the country’s warmest regions, from Schweigen-Rechtenbach next to the French border northward for 83 kilometers, winding through rolling hills and the Palatinate Forest to Bockenheim an der Weinstrasse, which means “on the Wine Route.”

Stops include charming wine villages such as Bad Dürkheim, home to Heidelberg Tun — the “world’s largest wine barrel”, and Edenkoben, where you’ll find the Museum of Viticulture and Urban History and a bevy of wine festivals throughout the year.

While France has no shortage of fromage, for a detailed exploration of one of the country’s most popular (and apparently, disappearing) cheeses, Normandy’s Camembert Route can’t be beat.

It’s 56 kilometers of fruit-filled orchards and tiny villages like Ticheville and Crouttes, where Marie Harel — the late 18th-century “inventor” of Camembert and matriarch of a Camembert making dynasty — was born.

The history of this soft, earthy cheese with the edible rind can be discovered at the Camembert Museum in Vimoutiers.

Whether they’re custard-filled, chocolate-covered, or sprinkle-topped, donuts are — quite simply — delightful, making it no surprise that the Donut Trail, a 10-stop culinary trail in Ohio’s Butler Country, is so popular.

This interactive, sugar-fueled route winds through the state’s southwest corner, connecting donut spots, pastry shops, and bakeries like Milton’s Donuts, home to Fruity Pebble donuts, and Kelly’s Bakery — serving up maple-bacon Long Johns (a name that refers to the donut’s bar shape) — along the way.

If you complete all 10 stops on the official Donut Trail Passport, you’ll earn yourself a Donut Trail top. There’s no set time limit, but it’s best to get an early start, as some spots sell out quickly.

The Mississippi Delta is probably not the first place that comes to mind when you think about hot tamales, but it’s become a regional standard — right alongside fried catfish and meringue pie.

Some believe laborers arriving from Mexico brought them to work in the cotton fields; others think they date back to the area’s original Native Americans).

Whatever the case, they’re a part of the Delta’s culinary heritage: a smaller, spicier and more grit-textured version of their Latin counterparts, often simmered but sometimes fried.

The Southern Foodways Alliance — an institute that celebrates the many food cultures of the American South — has put together an online map detailing The Delta’s Hot Tamale Trail, detailing well over a dozen tamale vendors.

These include Doe’s Eat Place, whose proprietor, Dominic Doe Signa, Jr., still makes beef tamales using his father’s original recipe from 1941; and Abe’s Bar-B-Q, where tamales are served with beans, coleslaw, and bread and available by the dozen.

Hikers, cyclists and showshoers, etc set out from Gstaad toward one of three weatherproof huts (though only two are open at a time, depending on the season).

Each one is equipped with a massive fondue pot, and large enough to accommodate up to eight people.

First participants pick up a backpack available at several local dairies (most notably, Schönrieder Dairy) and filled with all the cookware, dishware, fondue mix, bread and spices needed for a fondue feast. Of course, wine is also available.

Don’t worry if the huts are occupied — you can just set up in the open, savoring fresh mountain air and spectacular alpine views.

The panoramic pleasures of the Clwydian Range in northeast Wales can be enjoyed while experiencing its gastronomic offerings.

With more than two-dozen members adorning the trail’s online map, there are lots of options to choose from.

Family-run Celtic Woodsmith produces its own honeys, marmalades, and mustards, while the Little Welsh Cheese Company makes its own Welsh cheese, maturing it in a nearby underground cheese cave. There’s also Hafod Brewery, which incorporates local ingredients like bilberries into quench thirsting small-batch beers.