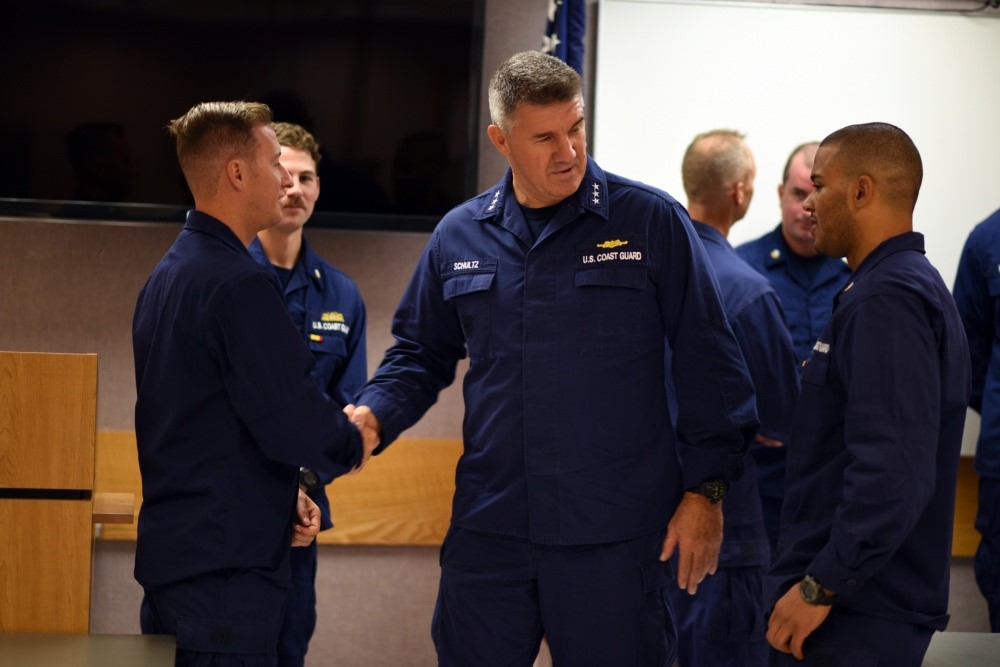 Commander of the Coast Guard Atlantic Area, Vice Adm. Karl Schultz,  presented the dozen men with the honor for being deployed aboard the USS Mason off the coast of Yemen last year when Houthi rebels attacked the ship multiple times over a span of several days.

Rebels fired missiles at a group of U.S. Navy destroyers and other U.S. Navy vessels, that were in the region in early October 2016, and the USS Mason played a role in employing effective counter measure, returning fire and by allowing other boats to travel in the area during the conflict.

“MSRT members are deployed to U.S. Central Command year round,”said Schultz. “This incident and awards are reminders of the Coast Guard’s dedication to supporting our DoD counterparts in protecting U.S. interests in the region.”

The award marks the first time in more than 25 years the Navy has officially recognized a Coast Guard crew at sea for coming under enemy fire.