Country music’s biggest night kicked off Wednesday with a remembrance of what has been a year of tragedy.

Hosts Carrie Underwood and Brad Paisley then paid tribute to the victims of mass shootings, including last month’s massacre at the Route 91 Harvest music festival in Las Vegas, and those affected by recent hurricanes in Texas, Florida and Puerto Rico.

“This has been a year marked by tragedy impacting countless lives including so many in our country music family,” Underwood said. “So tonight we’re gonna do what families do: Come together, pray together and cry together, too.”

Paisley added, “Look, the way we see it, the best way to honor our fans is to play our music, loud and proud.

“Our music lifts people up, and that’s what we’re here to do tonight,” he said. “So this year’s show’s dedicated to all those we lost and to all those who are still healing. We love you and we will never forget you.”

The country music community was shaken when a gunman opened fire October 1 during the music festival in Las Vegas, leaving 58 people dead and hundreds injured.

Underwood performed a rendition of “Softly and Tenderly” in remembrance of industry leaders lost this past year and to honor the victims of the Las Vegas tragedy. 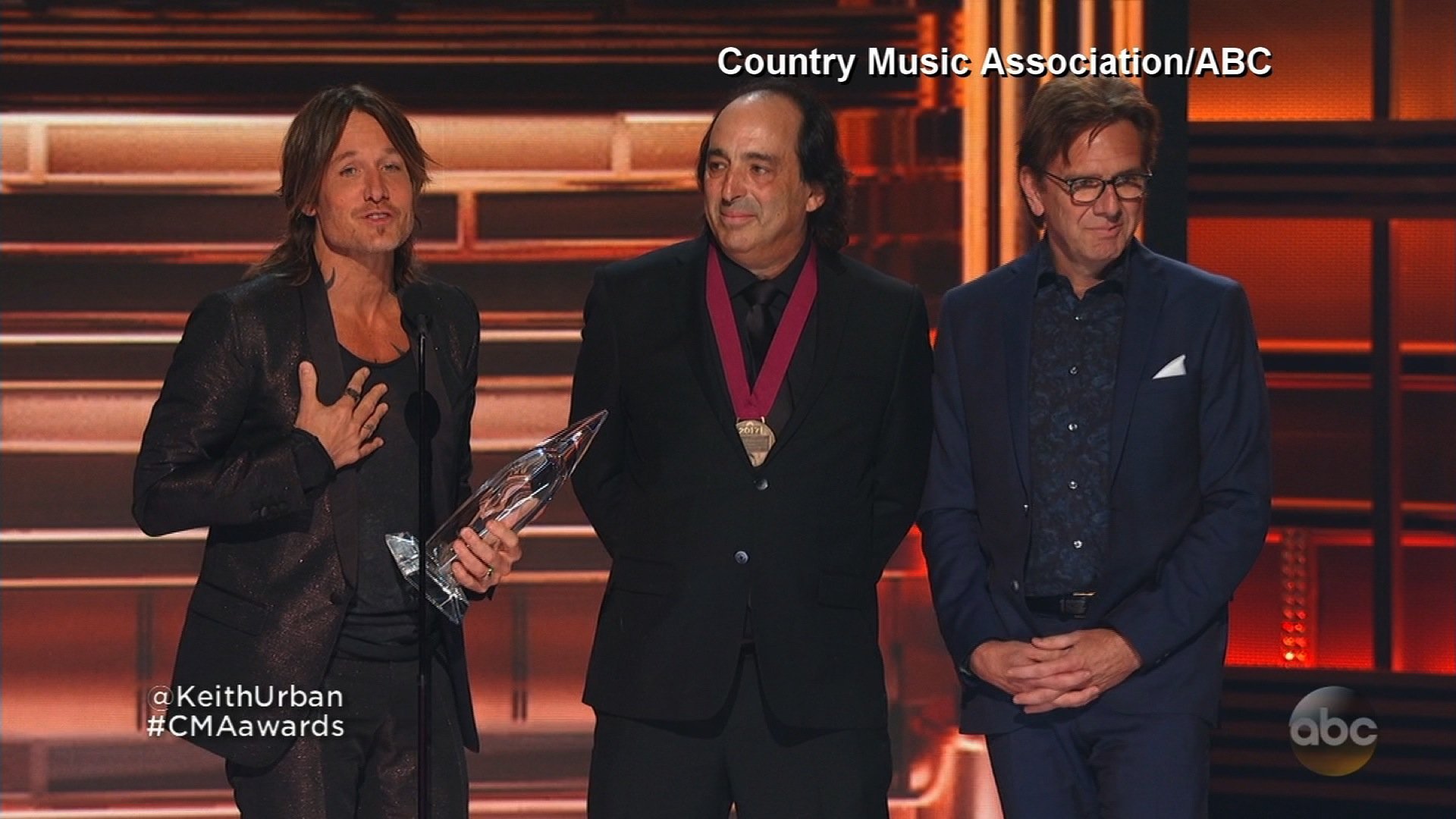 The mass shooting had been one of the subjects the CMA had initially banned journalists from discussing on the red carpet, a decision it reversed after much criticism, including from Paisley.

On Wednesday, Underwood and Paisley joked about the CMA’s prohibition on political topics.

The pair sang a little ditty to the tune of Underwood’s hit “Before He Cheats,” changing it to include the lyrics, “And it’s fun to watch it that’s for sure/’Til little rocket man starts a nuclear war/ Maybe next time he’ll think before he tweets,” as they poked fun at President Donald Trump.

The show was all about the performances, which included pop star Pink singing her single “Barbies” and Urban debuting the song “Female,” a response to the Harvey Weinstein sexual harassment and assault scandal.

It also was a big night for Garth Brooks, who was named entertainer of the year for a record sixth time. Taylor Swift took song of the year for writing “Better Man,” which Little Big Town recorded.