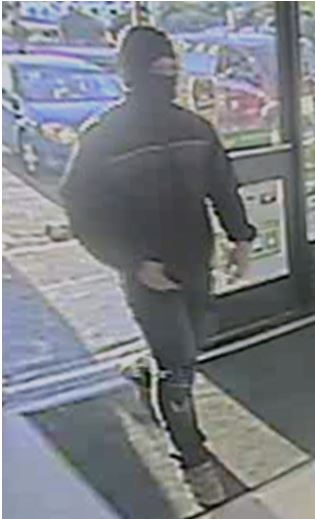 VIRGINIA BEACH, Va. – Police in Virginia Beach are looking for a man who robbed a 7-Eleven on Oct. 14.

Police say the man, described by police as white, 5’9″ to 6’0″ and in his mid 20’s, pulled a gun on an employee at the store and demanded money.

The suspect was wearing a dark blue or black hoodie with jeans, and fled the scene after obtaining money from the store clerk.

There were no injuries during the robbery, and police did not release the type of gun the suspect used or how much money he got away with

Police in Virginia Beach ask that anyone with information regarding this crime to call Virginia Beach Crime Solvers at 1-888-LOCK-U-UP (1-888-562-5887).