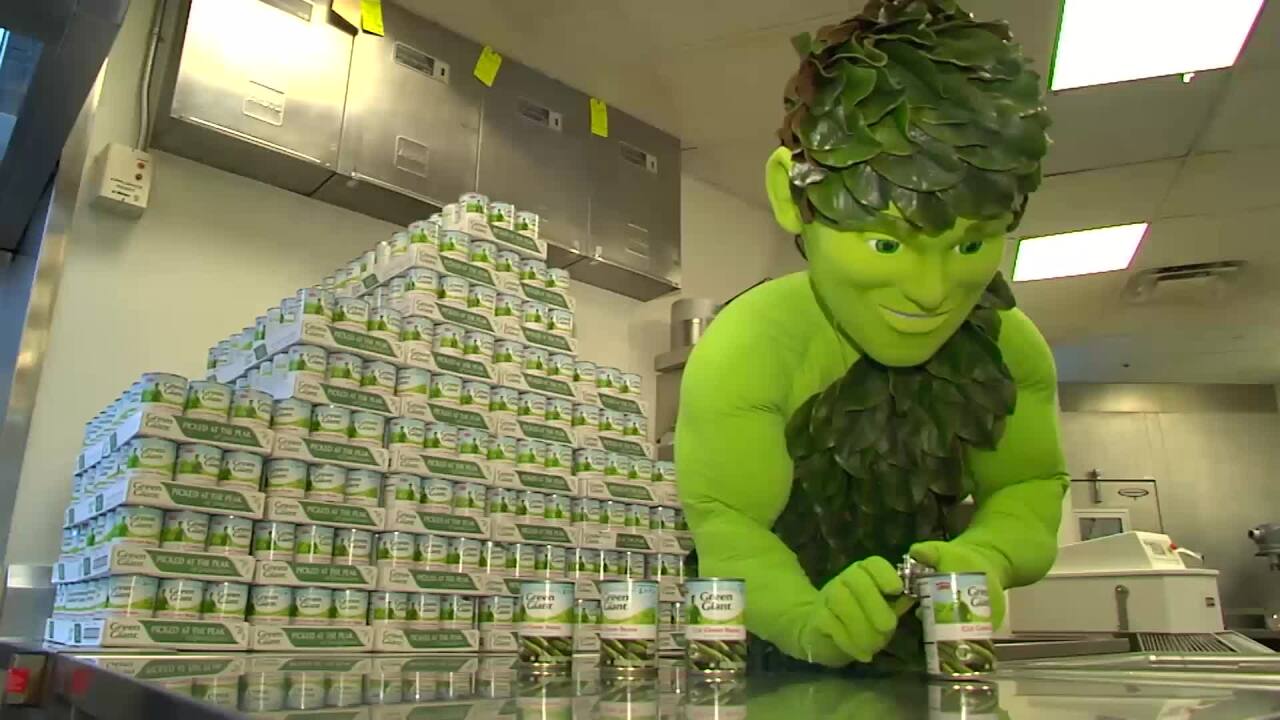 NEW YORK CITY - Weighing in at a whopping 634 pounds, Green Giant has set the Guinness World Record for the largest green bean casserole!

The gigantic casserole was made with 780 cans of Green Giant Cut Green Beans, 53 cans of mushroom soup, 32 quarts of milk and 65 pounds of French fried onions.

The dish was shared with nearly 2,000 older New Yorkers through Citymeals on Wheels, a local non-profit that prepares and delivers over two million holiday, weekend and emergency meals to the homebound elderly.

Not to mention, Green Giant is debuting a brand new float for the 91st Annual Macy's Thanksgiving Day Parade and wanted to celebrate in a BIG way!

"We wanted to celebrate our inaugural year in the Macy's Thanksgiving Day Parade by baking up some excitement while helping so many people in this incredible city," said Jordan Greenberg, Vice President & General Manager, Green Giant. "Green Giant has been a staple in Thanksgiving feasts for more than 100 years and we're thrilled to make our mark as the GUINNESS WORLD RECORDS title holder for the largest serving of green bean casserole that will serve 2,000 homebound elderly through Citymeals on Wheels."