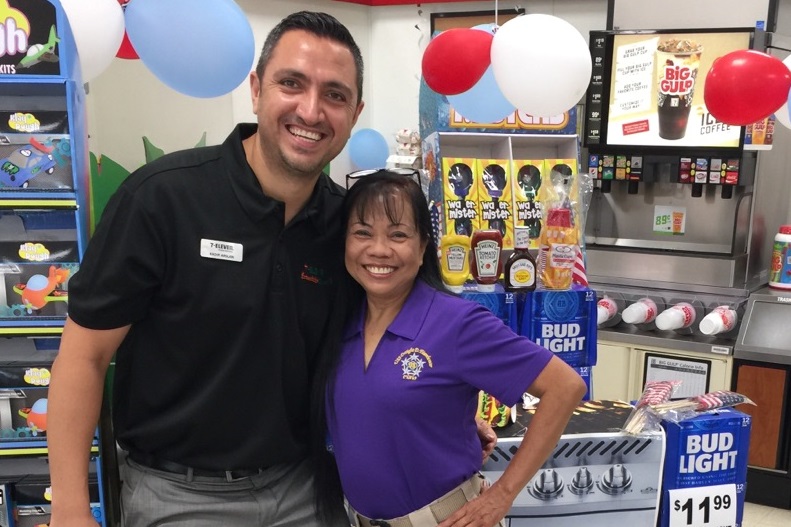 Evelyn Scott, the Chesapeake woman who won 7-Eleven’s Women’s Franchise Giveaway in July, will open her first store at 770 Boush Street in Norfolk on December 1. The public is invited to the grand opening, which will take place from 2-7 p.m.

The celebration will start with a ribbon cutting and will continue with speakers from 7-Eleven and the military, fresh food sampling, a Slurpee Costume, a raffle and more. There will also be special offerings on Slurpee drinks, fountain drinks, coffee and gas prices.

This year, 7-Eleven launched its first franchise giveaway contest geared exclusively to women. Scott was one of three winners and was flown into 7-Eleven’s home office in Irving, Texas, to interview with the company’s president and CEO, Joe DePinto.

DePinto was so impressed with all of the finalists that he gave a store to each of them. They received a waiver of the franchise fee, valued at up to $190,000, to franchise any 7-Eleven convenience store available in the continental United States. The company also gave the finalists $10,000 to donate to their charity of choice.

Scott will present a $10,000 check to her charity, Oscar Smith Middle School, during the grand opening.

“7-Eleven has graciously provided me the opportunity to engage in my community,” Scott said. “I am able to do so with an around-the-clock commitment to convenience and service for the customers who rely on our brand.”

Scott grew up in the Philippines and moved to the U.S. in 1980. Now retired, she spent 30 years in the U.S. Navy as a Navy Command Master Chief.