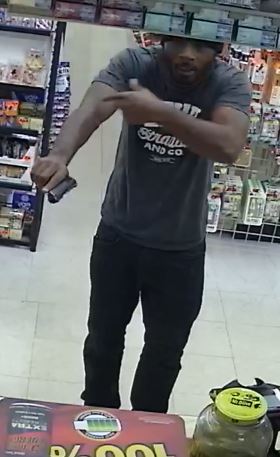 Norfolk Police say that the robbery happened at the Citgo on 2300 Azalea Garden Road around 6 p.m.

An employee and three other people were in the store when the two suspects entered, pulled out a gun and demanded money.

The two men fled the scene after geting money from the cashier, according to police.

The first suspect is described as a black man wearing a grey shirt, dark colored pants and was armed with a handgun.

The second suspect is described as a black man wearing a light colored hooded Nike sweatshirt and a black mask covering his face.

Anyone with information about his robbery is asked to the Norfolk Crime Line at 1-888-LOCK-U-UP.