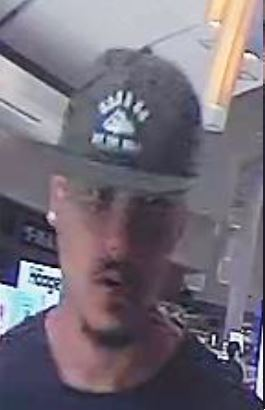 VIRGINIA BEACH, Va. – Police are looking for a suspect accused of stealing money from an ATM.

The victim was at an ATM inside Lynnhaven Mall getting money out of an ATM when the suspect grabbed the money and ran out of the mall.

The suspect is described as a 20-30 year old male, about 5’5″ and 145 pounds. He was wearing shorts, a dark colored long sleeve shirt and a dark colored ball cap with a logo on the front.

Police also said the suspect had a mustache and a slight goatee.

The amount of money stolen has not been released.

If you know who this person is call the Crime Line at 1-888-LOCK-U-UP.