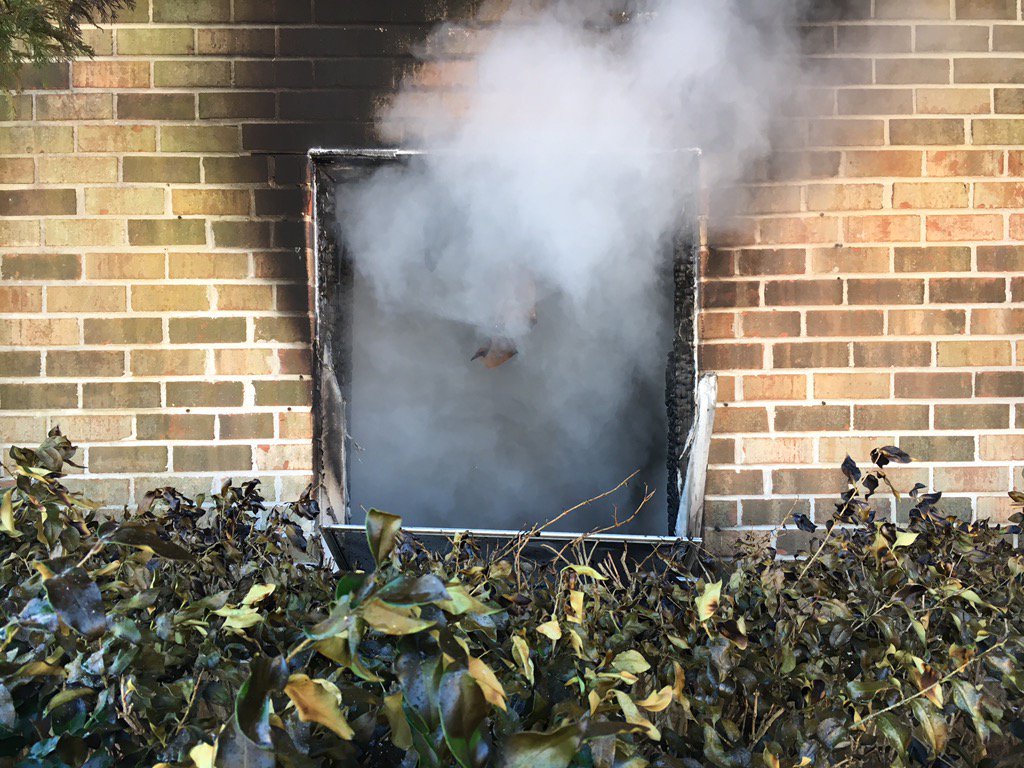 VIRGINIA BEACH, Va. – Six adults and two children are now without a home after a fire Monday morning in their Virginia Beach townhouse.

Virginia Beach Fire Department crews responded to the fire in the 400 block of Burr Oak Circle around 9:30 a.m. and found smoke and flames coming from the home.

Two men were transported to a local hospital for treatment of minor injuries from the fire. One man, the 26-year-old son of the homeowner, was injured when he was forced to escape from a second-story window. He was treated for minor burns to both hands and a minor cut to one hand. The second man, a 94-year-old, was taken to the hospital for breathing difficulties.

No other injuries were reported. The children were in school at the time of the fire.

The fire was under control by 9:40 a.m. and contained to the end unit, thanks to a firewall in the building and quick response by fire crews.

Virginia Beach Fire Department investigators say the fire has been determined to be accidental, sparked by an over-heated electrical circuit.