Lucian Wintrich, the White House correspondent for the right-wing Gateway Pundit website, was arrested Tuesday after a scuffle at the University of Connecticut.

Wintrich, who is also the Washington bureau chief for the Trump-boosting blog, was at the Storrs, Connecticut, school to deliver his “It’s OK to be white” speech.

But many among the about 100 people who attended the event greeted him with chants of “Go home, Nazi!” and booed and interrupted Wintrich throughout his speech.

Chaos broke out when a woman approached the lectern and took a piece of paper from it, video shows.

As the woman walked away, Wintrich is seen following her, pulling at her backpack and grabbing her.

Police took Wintrich, 29, into custody shortly after the altercation and escorted him out of the room.

He was charged with misdemeanor breach of peace and was released Tuesday night on a $1,000 bond, said Stephanie Reitz, a university spokeswoman.

“It’s really unfortunate that some of the kids at @UConn felt the need to be violent and disruptive during a speech that focused on how the leftist media is turning Americans against each other. Tonight proved my point,” Wintrich tweeted after his arrest.

Reitz said the investigation into the incident remains open, “and police are reviewing the videos to determine whether other arrests are warranted against anyone at the event.”

A student was arrested for allegedly breaking a window, and campus police are investigating after someone threw a smoke bomb inside the building as the crowd was leaving, Reitz said.

No injuries were reported, officials said.

University of Connecticut President Susan Herbst said it was a “very disappointing evening” that fell short of civil discourse.

“We live in a tense and angry time of deep political division. Our hope as educators is that creative leadership and intellectual energy can be an antidote to that sickness, especially on university campuses,” she said in a statement. “Between the offensive remarks by the speaker who also appeared to aggressively grab an audience member and the reckless vandalism that followed, that was certainly not the case on our campus tonight.”

Wintrich tweeted Wednesday that he would seek legal action against the university and the woman, who he says stole his property.

He had been invited to speak by UConn’s College Republicans. He had planned to speak about identity politics in today’s cultural and political landscape, CNN affiliate WTNH reported.

His appearance on campus stirred several protests and an increase in security.

Organizers said some of the event’s fliers had been taken down or modified before Wintrich’s arrival.

“It is sad that our fellow students at UConn have to take down or modify Lucian Wintrich’s posters because they disagree with free speech and individualism. Don’t worry, we put more up!” the group wrote on Facebook.

Despite the backlash, administrators had said the university “does not bar speakers on the basis of content.”

“UConn free speech, like academic freedom, is one of the university’s bedrock principles,” the school said in a statement earlier Tuesday.

“A particular speaker’s or group’s presence on campus doesn’t indicate UConn’s endorsement of the presenter or their message. Any student group is free to reserve on-campus space for a speaker or other program as long as the event adheres to UConn’s guidelines, which apply to all student groups and on-campus programming,” the statement said.

The protest of Wintrich’s speech is the latest of several demonstrations against far-right speakers on college campuses this year.

Commentator Milo Yiannopoulos was invited to the University of California’s Berkeley campus but the talk was canceled “amid the violence.” Officials at Texas A&M University changed its campus speaker policy over a planned speech by white supremacist Richard Spencer. The university now requires external speakers to have an on-campus sponsorship, saying it would prevent fringe and hate groups from descending on the campus.

Who is Lucian Wintrich?

Wintrich gained notoriety for his job as the White House correspondent for the Gateway Pundit, a blog visited by millions of people each month.

The website, owned by Jim Hoft, was granted credentials to attend White House briefings for the first time in February.

At the time, Wintrich told The New York Times that he would be reporting “far more fairly than a lot of the very left-wing outlets that are currently occupying the briefing room.”

The blog is known for publishing sensational and sometimes misleading stories.

Earlier this year, the Gateway Pundit continued to advance the conspiracy theory about the fatal shooting of Democratic National Committee staffer Seth Rich after Fox News retracted its story on the matter.

Hoft told CNN it was “pretty obvious” that Fox had been pressured by liberal media outlets and advocacy organizations into removing the story from its website. 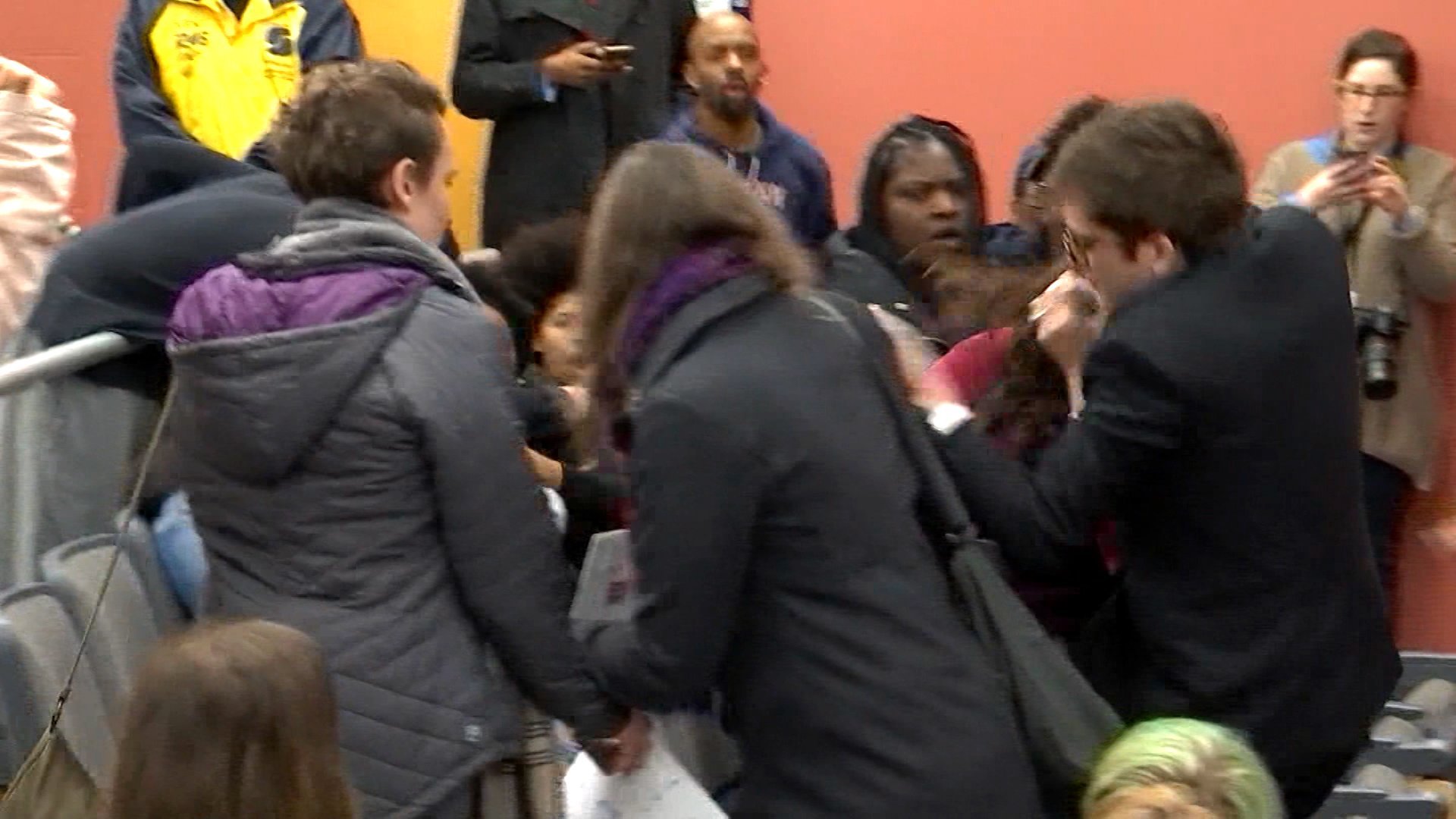