The squadron left its home base of Naval Station Norfolk June 3 on a regularly scheduled six month deployment as part of the Nimitz Carrier Strike Group (CSG 11) and steamed via U.S. 3rd and 7th Fleet areas of operations (AOO) to the Arabian Gulf in the U.S. 5th Fleet AOO.

Lt. Matthew Smrz tearfully hugged his son, Callahan, who was just a newborn when he left in June.

"I don`t know if there are words. I haven`t seen this little guy since he was two weeks old," he said. "He`s about 15 pounds heavier so that`s different. He actually has eye color which is always...I guess fun to see and I love his hair."

"I'm extremely proud of the men and women of the Bluetails," said Finn, commanding officer of VAW-121. "The team did outstanding work in the 5th Fleet AOO in support of Operation Inherent Resolve (OIR) in Iraq and Syria. They provided an unmatched capability in theater to paint a picture of the battlespace in real time that directly protected troops on the ground. It's been a busy year with a compressed, cross-coast work-up cycle and six-month deployment to the Arabian Gulf. Now it's time for the Bluetails to get back home and enjoy some time with their families and friends. 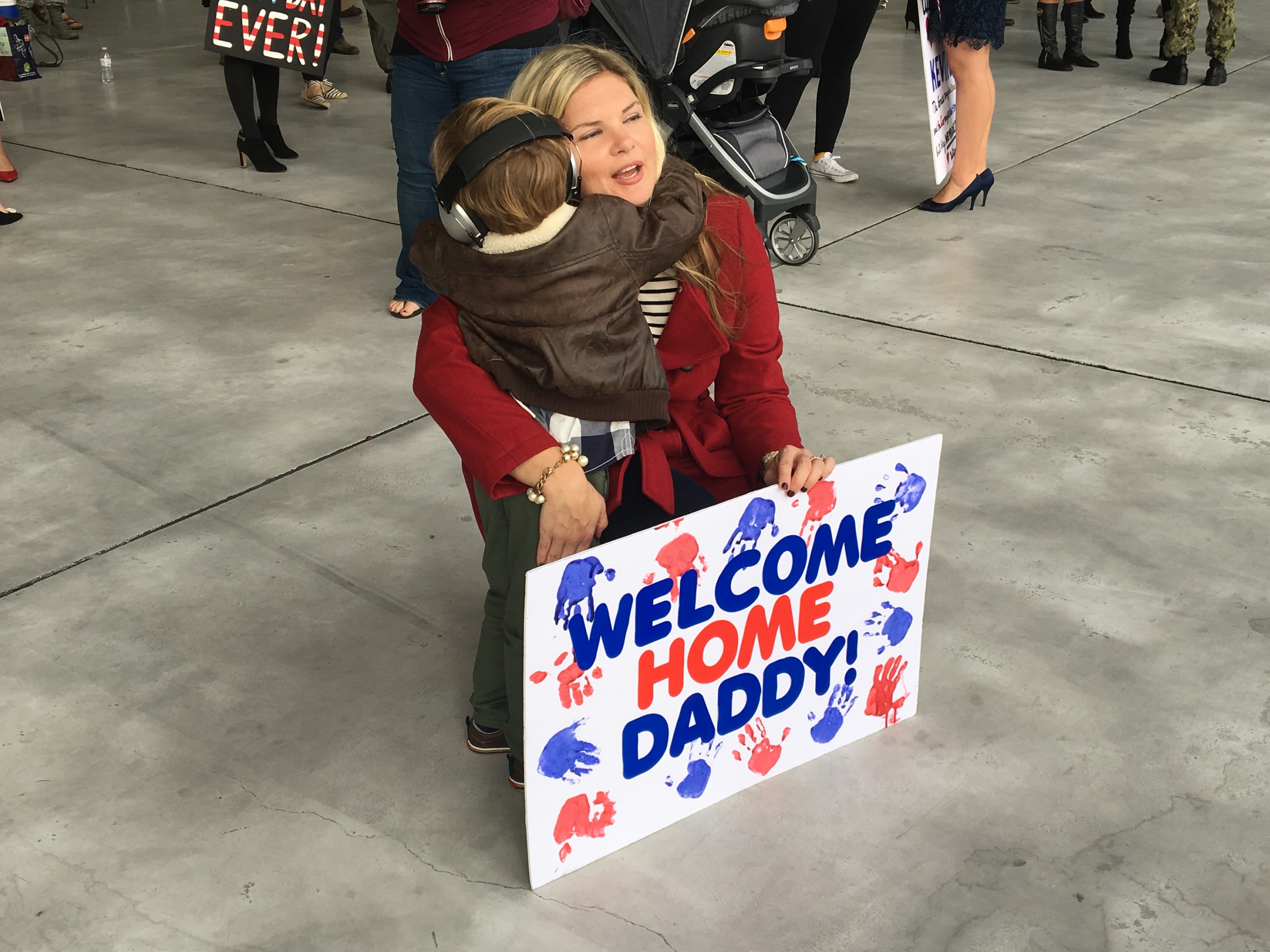