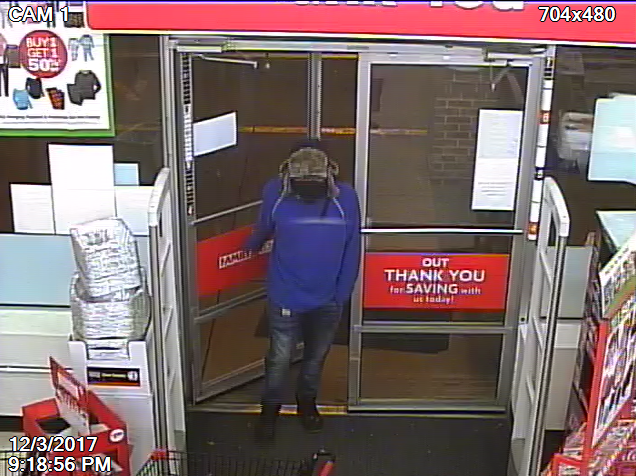 SUFFOLK, Va. – Suffolk Police are investigating an armed robbery that happened in the city Sunday.

The robbery occurred at the Family Dollar in the 800 block of West Constance Rd. around 10 p.m., say officials with Suffolk Police.

Police say the man entered the store implying he had a weapon and demanded money from the store clerk, before leaving the scene on foot, where he was joined by another man wearing all grey outside the business. They both fled the scene.

The man that entered the story was described as a black male with a slim build, approximately 5’6” to 5’7” tall, scruff on his chin, wearing a royal blue sweatshirt, a black shirt covering his face, a black hat with brown fur on the front, jeans, and dark shoes.

No one was injured during the armed robbery, and police did not say how much money was stolen from the Family Dollar during the crime.

Anyone with information is asked to contact Suffolk Police or Suffolk Crime Line.