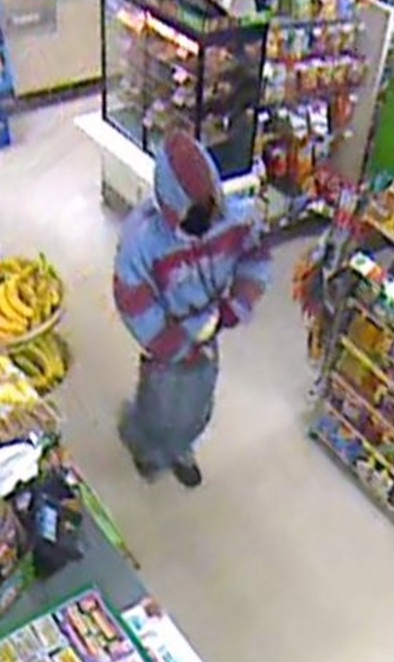 NORFOLK, Va. – The Norfolk Police Department is investigating an armed robbery that took place at the 7-Eleven at 7431 Tidewater Drive early Tuesday morning.

Police were called to the store just after 3:15 a.m. After a preliminary investigation, detectives discovered that a suspect approached the clerk, displayed a handgun and demanded money from the register before fleeing the area on foot. No injuries were reported during the incident.

The suspect is described as a black man who was last seen wearing a blue and red striped hooded sweatshirt, gray sweatpants and a mask covering his face.