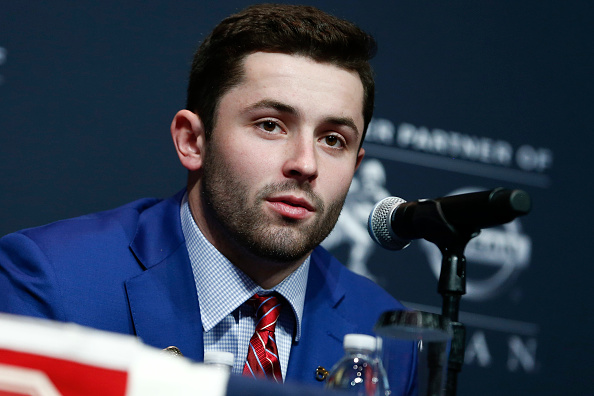 Oklahoma quarterback Baker Mayfield, Louisville quarterback Lamar Jackson and Stanford running-back Bryce Love were the three finalist for the trophy that recognizes the best college football player in the country.

Baker Mayfield was a finalist for the award in 2016 when Louisville’s Jackson won the award.

Mayfield will lead Oklahoma in the Rose Bowl against the Georgia Bulldogs on January 1, 2018 as part of the College Football Playoffs.

This year marked the 83rd presentation of the Heisman Trophy.