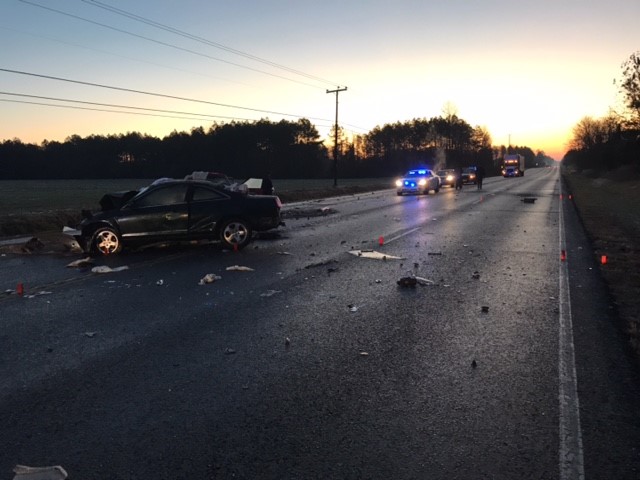 SUSSEX COUNTY, Va. – Alcohol was a contributing factor in a crash on Route 460 that killed three people, according to Virginia State Police.

On Sunday around 3 a.m., State Police were called to investigate a fatal crash on General Mahone Highway, west of Route 614 (Walnut Hill Road).

A Kia Soul was traveling eastbound on Route 460 when the driver, Christy N. Allen, crossed the center lane, hitting a Honda Accord head-on. As a result of the crash, a Toyota Scion was hit in the rear.

The driver of the Honda Accord, Lashaunda Faltz, was wearing her seat belt. Her passenger, 25-year-old Dequincy Lamar Jackson, was not wearing his seat belt and died on impact.

The Toyota Scion was driven by Whitney Woods, the only occupant of the vehicle. She was wearing her seat belt at the time of the crash.