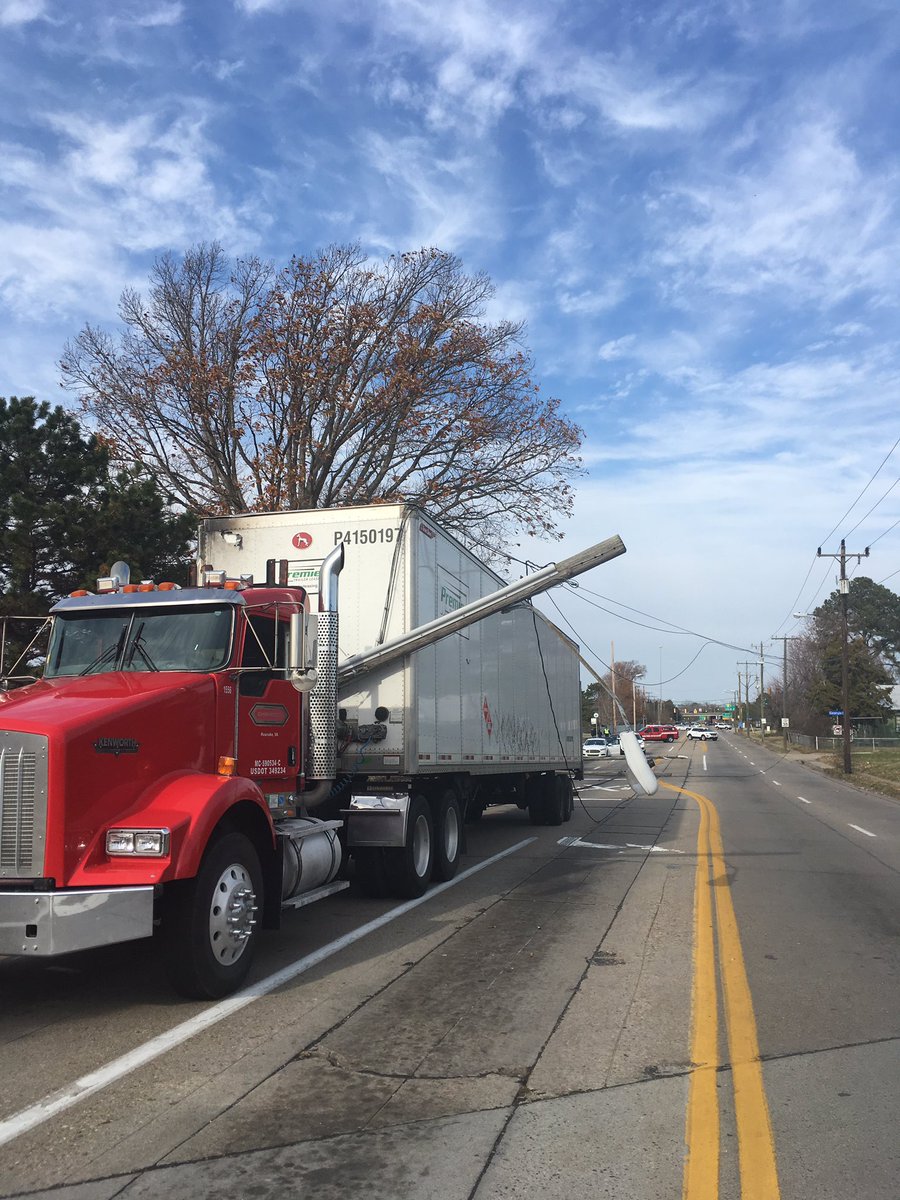 Hampton Fire says a semi-truck pulled down the three poles and live wires.

The portion of LaSalle Avenue between Pembroke Avenue and Michigan Drive has re-opened after previously having been closed.