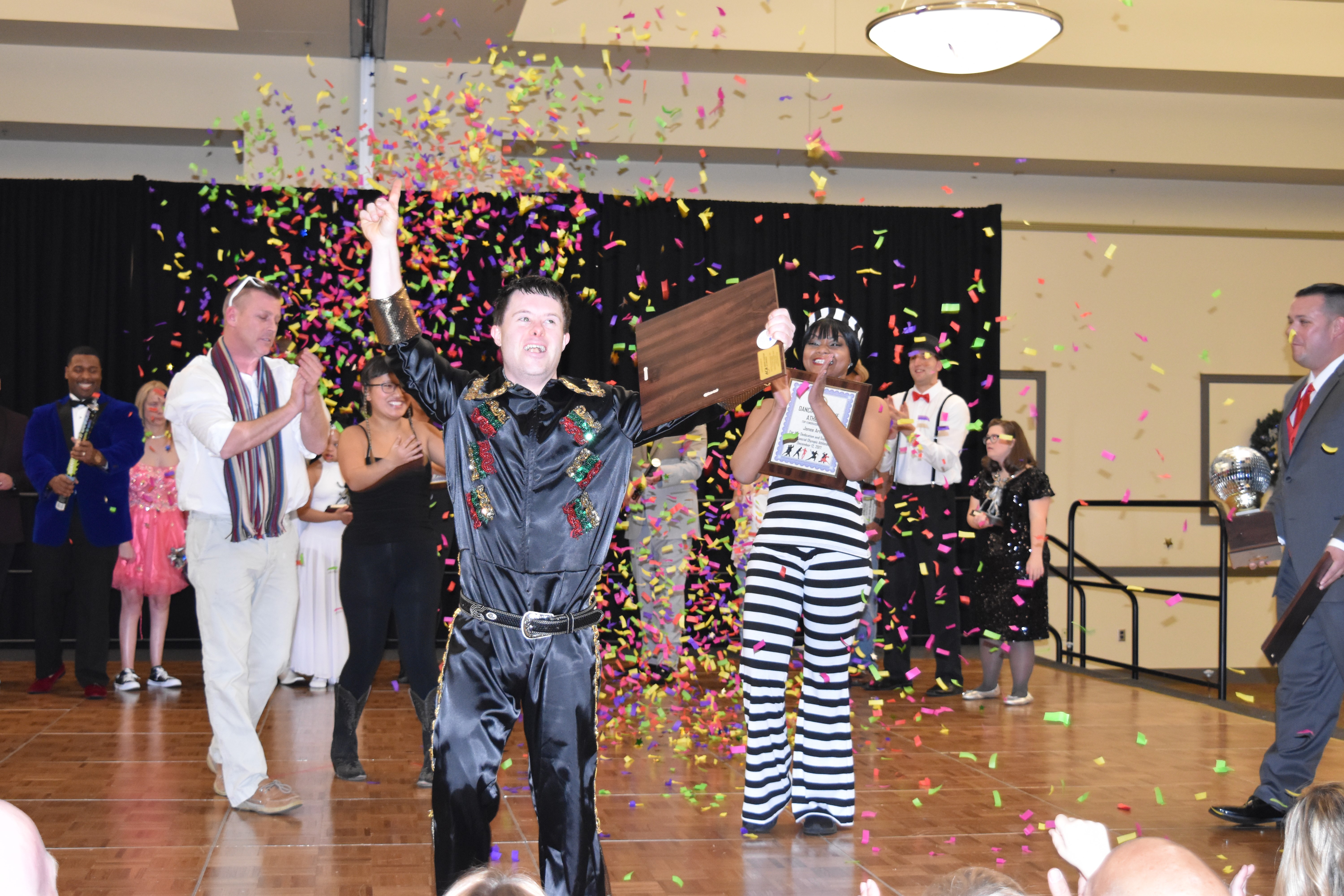 CHESAPEAKE, Va. – Local law enforcement took a break from fighting crime to bust a move for a great cause!

The Chesapeake Sheriff’s Office raised a record $17,000 for Special Olympics Virginia at the 4th annual “Dancing With the Athletes” competition Tuesday night. It raised $4,000 dollars more than last year’s event.

News 3 This Morning’s Blaine Stewart and Makenzie Walter were guest judges for the competition.

Captain Christopher Pascal and Lieutenant David Rosado kicked off the event by explaining the inspiration behind the fundraiser and Sheriff Jim O’Sullivan’s commitment to the cause.

The Chesapeake Conference Center donated the venue for the competition, which was sponsored by Virginia Extreme Force Cheerleading. Unlimited Dance Dynamics choreographed the routines.