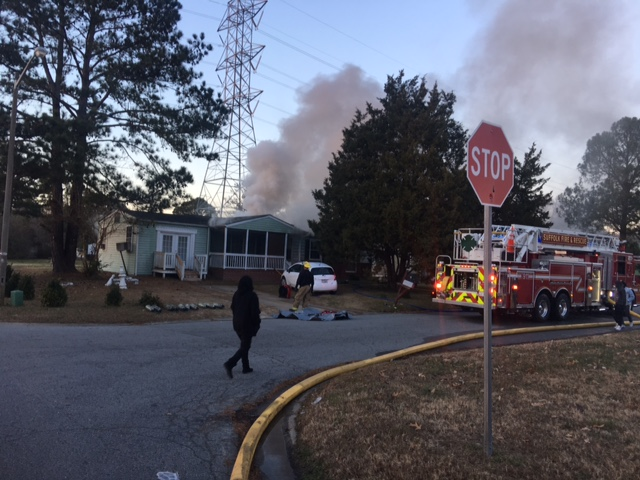 The fire was in the 1400 block of Sierra Drive, and reports of the fire came in to dispatch around 4 p.m.

When firefighters arrived, they saw heavy flames and smoke coming from the rear of the house.

Officials say that units were still working the fire at around 5:30 p.m., but reported that it was more of a clean up operation now.

Four people were displaced because of the fire, and are being helped by the American Red Cross.

Officials say there were no injuries, but one person was taken to the hospital because of medication they needed, which they were not able to recover from the house.