NORFOLK, Va. - A woman died and a child was seriously injured in a crash on December 17 involving a Naval Support Activity Hampton Roads Fire and Emergency fire engine.

Both went into surgery that evening, according to the Norfolk Police Department, and were in serious, but stable condition. Family tells News 3 the woman, the driver of the SUV, died on Christmas Eve.

The crash occurred at the intersection of Hampton Boulevard and Baker Road and was reported to Norfolk Police at 11:45 a.m.

Police say the NSA fire truck was exiting the fire station at Baker Street with its emergency lights and sirens activated when it was hit by an SUV traveling northbound on Hampton Boulevard.

The woman's 12-year-old daughter was the only passenger in the SUV. She was taken to Children's Hospital of the King's Daughters and was treated for serious injuries.

Four people were on the fire truck when the crash occurred and two of them were treated for minor injuries at the scene.

The northbound and southbound lanes of Hampton Boulevard at Baker Road were shut down at this time while the crash is investigated. Roads opened back up around 8:30 p.m. Sunday evening. 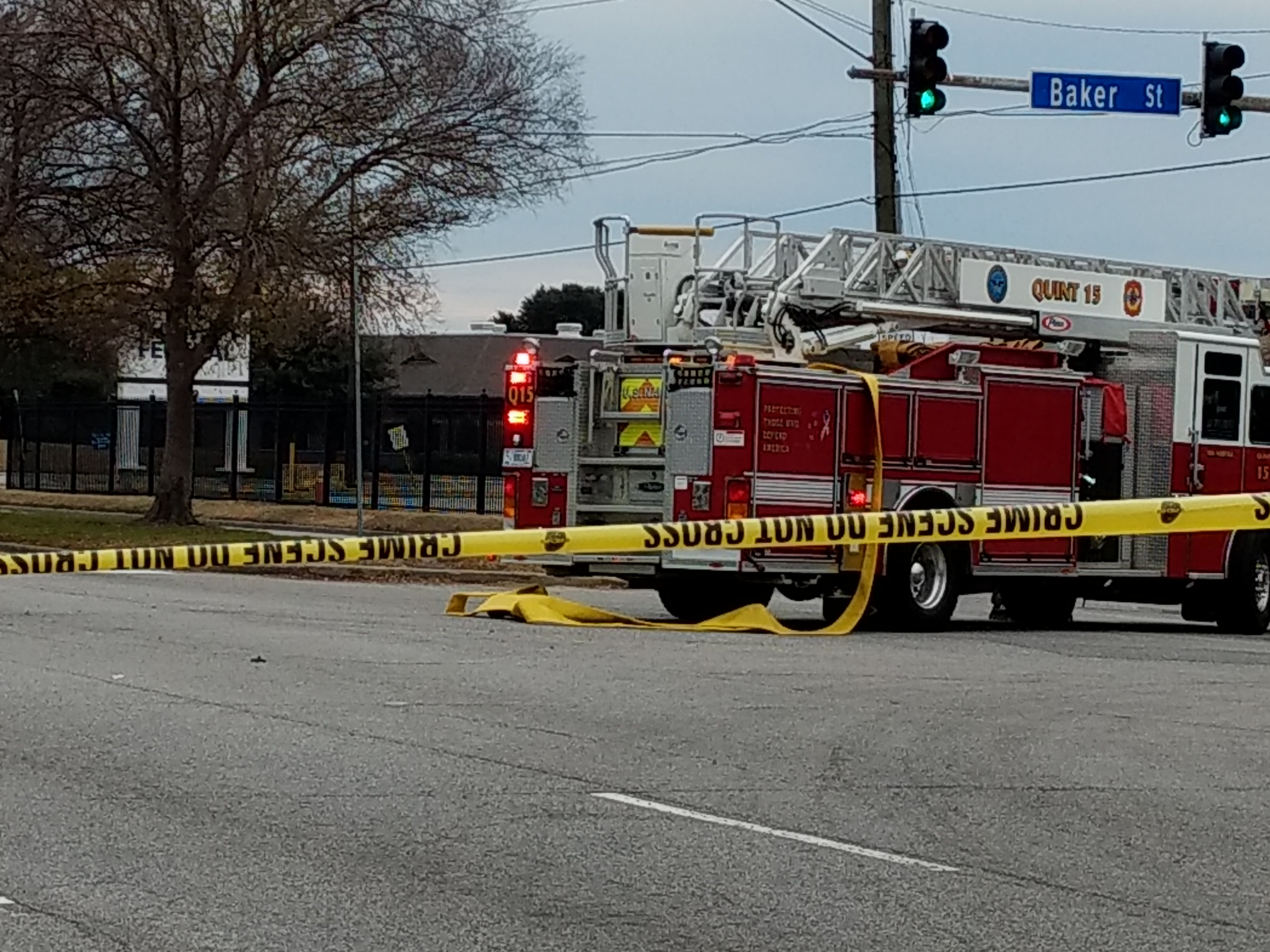