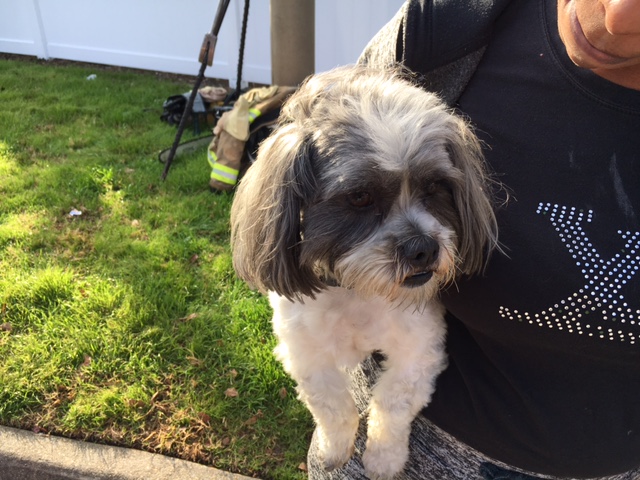 VIRGINIA BEACH, Va. – Firefighters with the Virginia Beach Fire Department rescued a family’s dog  after a house fire in the 300 block of Pratt Court Tuesday morning.

Dispatchers received the call shortly before 9:30 p.m. Upon arrival, firefighters saw smoke coming from the townhouse. When crews entered the home, they saw that a fire was extending from the fireplace in the living room. Firefighters performed an aggressive internal attack on the fire, which kept it from spreading upstairs or to adjoining units in the building.

A woman who was home at the time of the fire told firefighters that her dog was still inside. After searching the home, firefighters found a small dog hiding in a bathroom. Although the dog was scared, it was in good condition and safely rescued from the house.

Crews believe that smoldering ashes from a previous fire in the fireplace may have escaped from both the fireplace and the chimney chase, which ignited the wood frame outside the fireplace unit.

The VBFD reminds everyone to have their fireplace and chimney inspected at least once a year. Authorities also recommend using a metal or noncombustible container when disposing of ashes, waiting at least 72 hours before throwing them in the trash to make sure they are not smoldering.