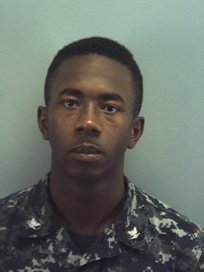 NORFOLK, Va. – One of two Norfolk Sailors charged in connection to the burning of an abandoned vehicle had charges against him dropped in Virginia Beach District Court on Friday.

According to information provided in Virginia Beach court documents, 21-year-old Tre’von Jabri Bishop will not face charges for Conspiracy and Arson of Personal Property, which stemmed from his arrest in connection to a Dodge Charger being burned in April 2017.

He will be back in court on February 15, 2018 after his case was continued in court Friday.

Virginia Beach Fire found the vehicle near Berknor Drive near General Booth Blvd., after they received calls of a brush fire.

Both men were arrested back in August in connection with this crime.