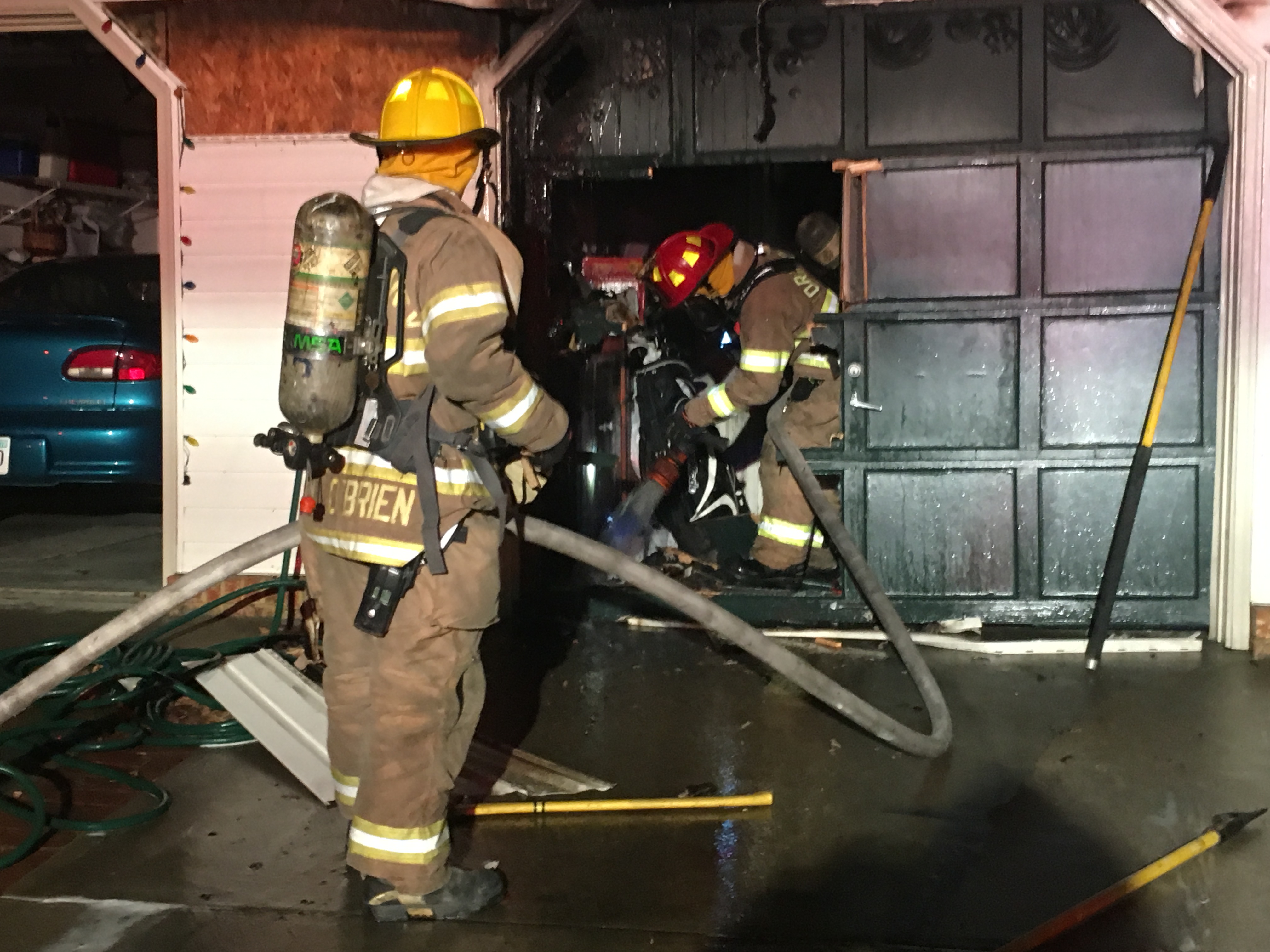 Officials say crews arrived on scene to find smoke coming from the garage of a two story duplex. The fire was quickly extinguished and did not spread any further than the garage.

Langley Air Force Base Fire Department also responded to assist with the fire. The homeowners got out safely before the fire department arrived.

There were no reported injuries, the garage sustained extensive damage.

The cause of the fire has not been determined.