After 60 years of friendship, they learned they’re biological brothers

Seventy-four-year-old Walter Macfarlane and 72-year-old Alan Robinson have been friends for more than 60 years. Born in Honolulu, they first met in elementary school, played high school football together and joke they could have married the same girl. They sent their children to the same schools they attended and vacationed together as families.

But it wasn’t until Macfarlane recently began using DNA ancestry tests to search for his long-lost birth father that he uncovered an even bigger surprise: Robinson is actually his biological brother.

“I knew it when we compared hairy forearms!” jokes Macfarlane.

“That’s true. How did we go for 60 years without knowing we were related?” adds Robinson with a chuckle. “It took those DNA tests and some really good sleuthing by our families to put it all together.” 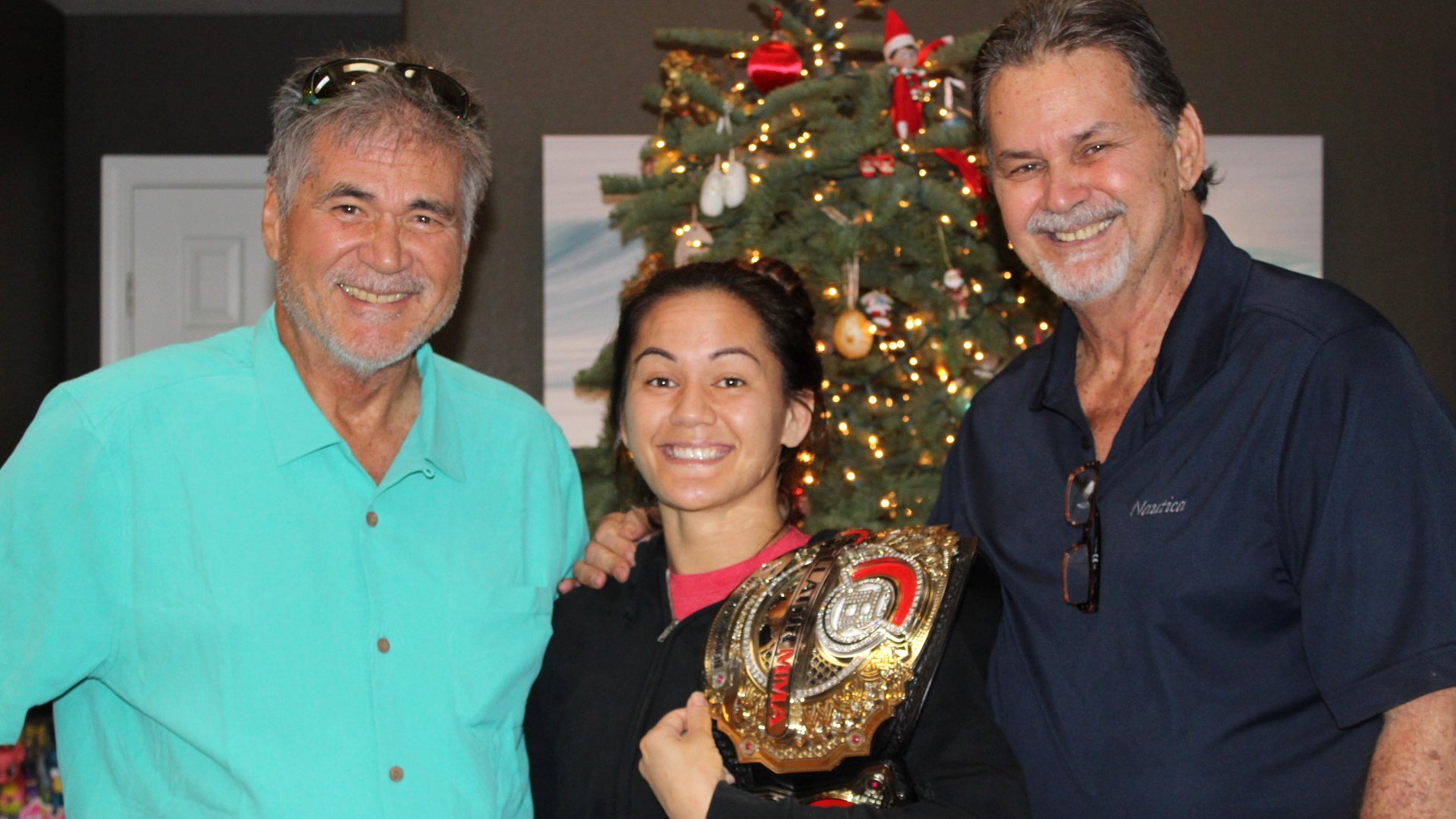 Walter Macfarlane was born in 1943 in Honolulu. Still reeling from the aftermath of the attack on Pearl Harbor, Honolulu in the early 1940s was a turbulent town, full of air raids, blackouts and scores of military personnel.

For reasons the family does not know, Macfarlane’s mother, Genevieve, was planning to give him up for adoption. Her parents found out and decided “to hanai” their grandson, part of a Hawaiian practice in which a family can adopt a person informally, with or without papers.

“It was a crazy time, and we have no idea what must have led to her decisions,” says Cindy Macfarlane-Flores, Walter’s daughter. “We still hold her in the highest regard and understand that the actions and decisions she had to make back then were for the best.”

Fifteen months after Macfarlane’s birth, Alan Robinson was born in Honolulu, and was immediately given up for adoption. He never knew his birth mother and father.

“It was great for me,” Robinson says. “I was raised by the best people you can imagine. But when I had my own two children I did wonder about family history, because I can never answer any health questions on official forms.”

Macfarlane and Robinson met in sixth grade. It was the beginning of a long and enduring friendship.

“Walter used to live just down the road. His hanai mother was a good friend of my family,” remembers Robinson, “and my mom was the school nurse. So every time he was sick or hurt, our families would talk.”

Both boys went on to Honolulu’s Punahou School, Barack Obama’s alma mater, and played championship football together. After college and Vietnam, they ended up back in Honolulu, raising families and hanging out.

“I grew up calling him Uncle Alan,” says Macfarlane-Flores. “Uncle Alan was my brother’s idol growing up because he was an amazing pilot. I have a few pictures of us on his sailboat at 9 and 10, and his daughter Tara was about 4. When my brother Aldon and I were kids, they hung out a ton.”

“We used to go skin diving, spearing fish, and camping out on Molokai,” recalls Robinson, who like Macfarlane still lives in Hawaii. “Today, we play cribbage against each other and are fierce competitors.”

“I beat him the last time we played,” Macfarlane adds quickly.

A hunt for answers

A few years ago, Robinson received two birthday gifts: DNA tests from 23 and Me and Ancestry. He swabbed his cheek twice and sent in both samples. But he didn’t fully share his data at the time.

Last year, at the urging of his daughters, Macfarlane also submitted DNA samples to both companies in the hopes of finding his biological father. The results, he said, were “sort of neat, telling you about 800 people you are related to.” But nothing clicked until daughter Cindy took over and figured out how to sort the results to show the top matches.

“The strongest DNA relationship was Robi737, which the test said would be a half-brother,” says Macfarlane-Flores. “My first thought is that they were related via the father. But when I looked at their X chromosome, which is only carried by the mother, it was an identical match. It hit me like a ton of bricks that they have the same mother!”

Reaching out to her parents, she quickly asked if they know anyone that might use a name like “Robi737.” No, was the reply, but her mother, Martha, had an idea: “Have Dad ask Uncle Alan because he flew 737s for Aloha Airlines … and everyone called him Robby back then.”

Sure enough, Robinson confirmed: Robi737 is his user name.

“We are on the edge of our seats and he calls back and tells my dad, ‘Yeah, that’s me!’ ” remembers Macfarlane-Flores with excitement. “I guess they were both trying to play it cool, but my dad was crying.”

A decision was made to announce the surprise to the extended family at a party on December 23, originally planned to honor Walter’s daughter, Ilima-Lei Macfarlane, who currently holds the women’s flyweight world champion title for Bellator Mixed Martial Arts.

“Normally I don’t cry easily, but I broke down in front of everyone, the emotions were so strong,” says Robinson. “It was such an overwhelming experience. The family was so warm and nurturing and accepting.”

“If you could pick a family, I think he would have picked the Macfarlanes as a family,” says Eva Robinson, Alan’s wife. “That’s how much we liked them. Our children are all Facebook friends and it’s so wonderful to see the relationships growing. You can tell the families are intertwined now.”

“It’s really a Christmas miracle,” says Macfarlane-Flores. “And the coolest part is that we don’t have to meet him and learn about his life, because Uncle Alan is someone we already love and admire and have looked up to our whole lives.”

Now the family seeks another miracle. They still want to find their long-lost biological fathers. In the meantime, the two men go to lunch nearly every day and are busy planning all sorts of outings in the future.

“We’re going to Las Vegas to spend a week with classmates, and then a golf tournament with teammates, and who knows, maybe even a cruise!” says Macfarlane. “The whole thing is incredible, but when you think about it, it’s also sad we didn’t know we were brothers much sooner, because then we could have gone through all the highs and lows of life together.”

“I share his sentiment that it could have been more,” agrees Robinson. “But the good thing is that there are more good times to come.”