NORFOLK, Va. - On December 1, U.S. Customs and Border Protection (CBP) officers with the Outbound Enforcement Team at the Port of Norfolk intercepted and recovered nine stolen vehicles that were headed to Africa.

The vehicles were all to be exported from the Norfolk seaport with many of them destined for West African countries. The stolen vehicles included a 2017 Cadillac Escalade, a 2017 Infinity 0X80 and a 2018 Mercedes GLE.

The CBP Norfolk Outbound team seized a total of 16 vehicles since October 1, making the overall value of the stolen vehicles more than $691,000.

"We work with various federal, state and local law enforcement authorities to ensure unauthorized exports are not allowed to leave the country," said Mark J. Laria, CBP Area Port Director. "CBP is the last line of defense in the export control process, and we do use our authority to inspect, search, detain and seize goods being exported illegally or without proper authorization."

The recovered vehicles will be turned over to Virginia State Police Special Agents, who will then return the vehicles to their rightful owners. 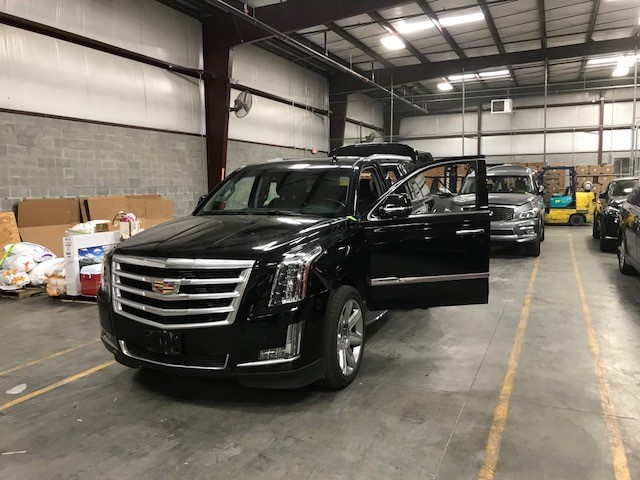