NORFOLK, Va. - A mother of four died Christmas Eve after suffering major injuries during a crash with a Naval fire truck.

It happened at the intersection of Hampton Blvd. and Baker Street back on December 17.

“My mom is probably one of the best parents out there," said Samara Donato.

The 12-year-old remembers sitting in the passenger seat when her mom’s car collided with the truck at around 11:45 a.m.

Charlene Donato and her daughter were rushed to the hospital and two firefighters were treated for minor injuries at the scene.

The family says Samara and her mom were running out to buy ground beef for her mother’s new empanada business which she had just started.

Charlene’s husband, Richie Donato, said knew something was terribly wrong when they both weren’t answering their cell phones.

He got in his car and drove just a few blocks down the road and discovered his wife and daughter were taken to separate hospitals.

“It’s like a nightmare that I can't wake up from. I was married to my wife for 23 years,” said Richie Donato.

He said the couple had four kids ranging in age from 12 to 20 years old.

He said they’d been together since they were teens.

They grew up in the Bronx and just moved to Hampton Roads last year. 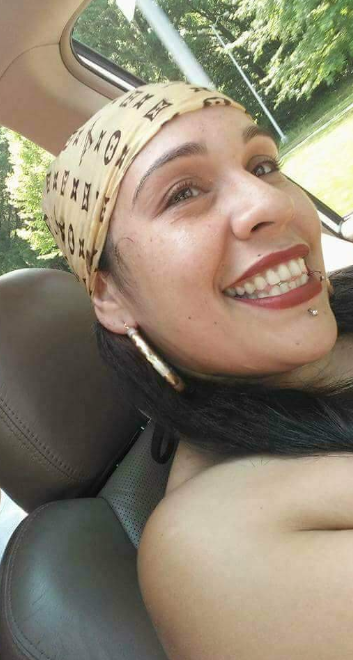 “My wife loved Virginia. They say 'Virginia is for lovers,' and I know the exact meaning of that,” said Richie Donato.

At first, the family said they were told Charlene would survive, but said on December 23 she suffered major complications before she died Christmas Eve.

“When you're met by a chaplain, you're about to get some news you really don't want to hear,” said Richie.

Now they’re making funeral arrangements for a woman they call loving, caring and devoted to her family and a gift to many people who met her.

“I want my mom to know that I love her and I miss her and she'll always be in my heart,” said Samara.

Now the family mourns and have advice for others.

“When you have a loved one walk out the door, give them a kiss because there's a chance that person might not make it back home. That's exactly what happened to me that day,” said Richie.

The Donato family said they have not received Charlene’s things back, the car or the items inside the car.

The Norfolk Police said their traffic division is handling the investigation and once it’s complete it will be given to the Commonwealth Attorney’s Office.

The family has started a GoFundMe account to help pay for funeral expenses and other costs.  Click here to donate to the Donato family.