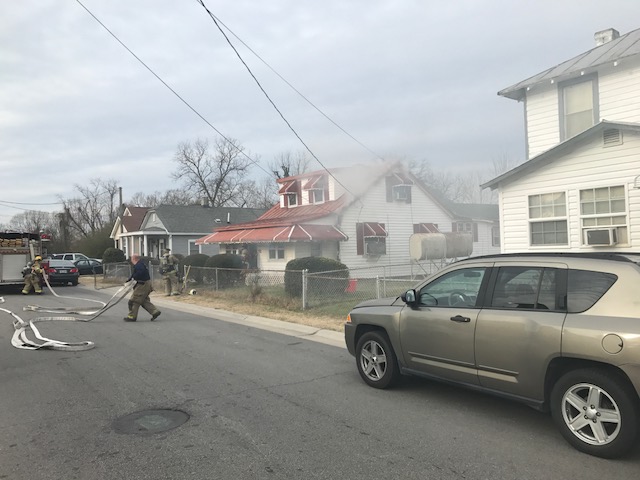 The fire happened in the 100 block of Lewis Avenue around 2 p.m., according to Suffolk officials.

When crews responded, they found smoke and fire showing from the two-story home.

Officials say that the fire was contained to the first floor of the home, and that the fire is believed to have started electrically.

By 2:36 p.m. the fire was marked under control, and no injuries were reported.