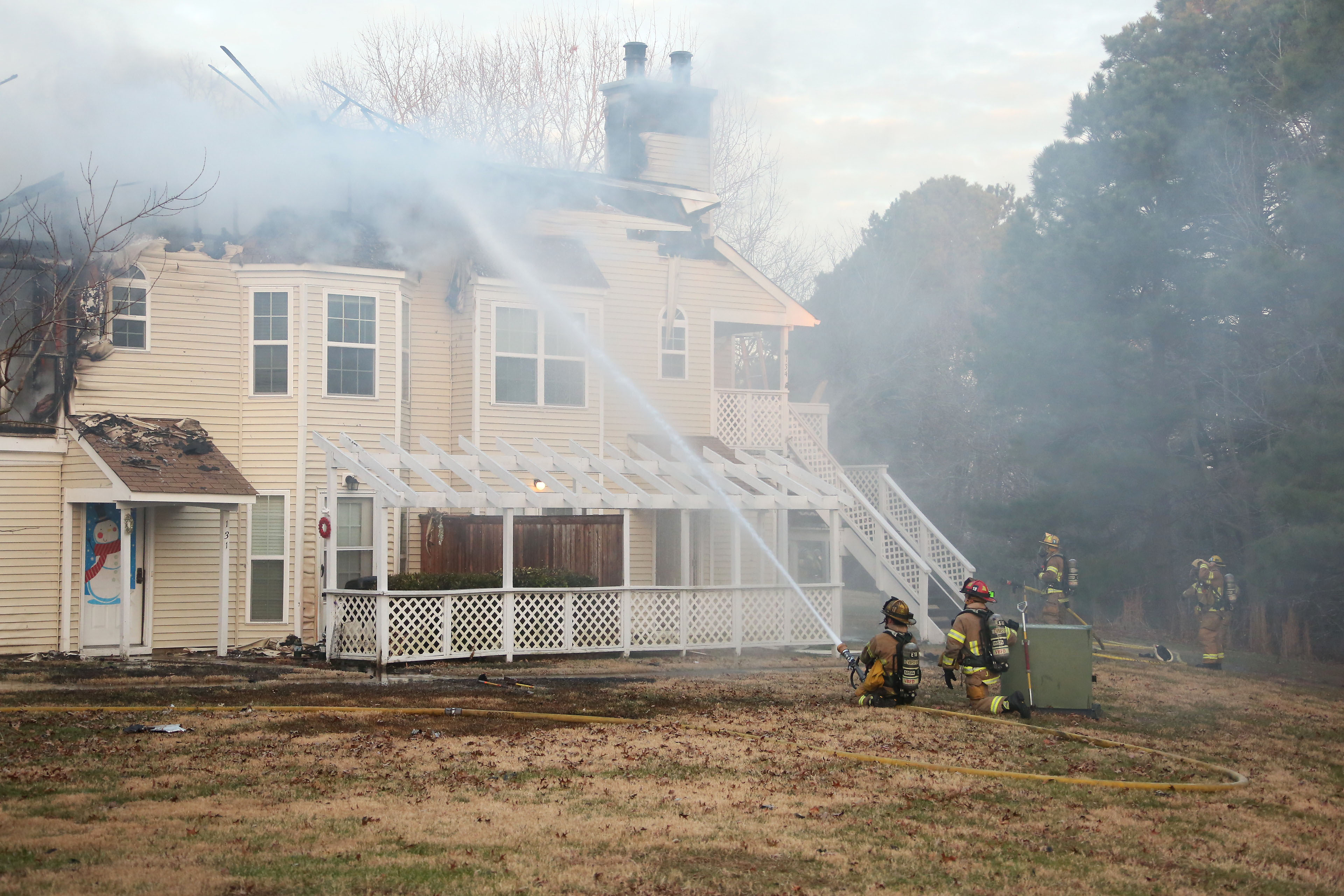 VIRGINIA BEACH, Va. – The Virginia Beach Police and Fire Department responded to a two-alarm apartment fire in the 700 block of Willow Lake Circle.

Fire crews responded to the fire after dispatch received a call around 7 a.m. this morning that an apartment balcony was on fire.

When police arrived on scene, smoke and flames were seen and they began evacuating the nearby apartments.

Two officers suffered from smoke inhalation and one was transported to the hospital. The other officer drove himself to the hospital to get checked out.

Eight apartments were destroyed from the fire.