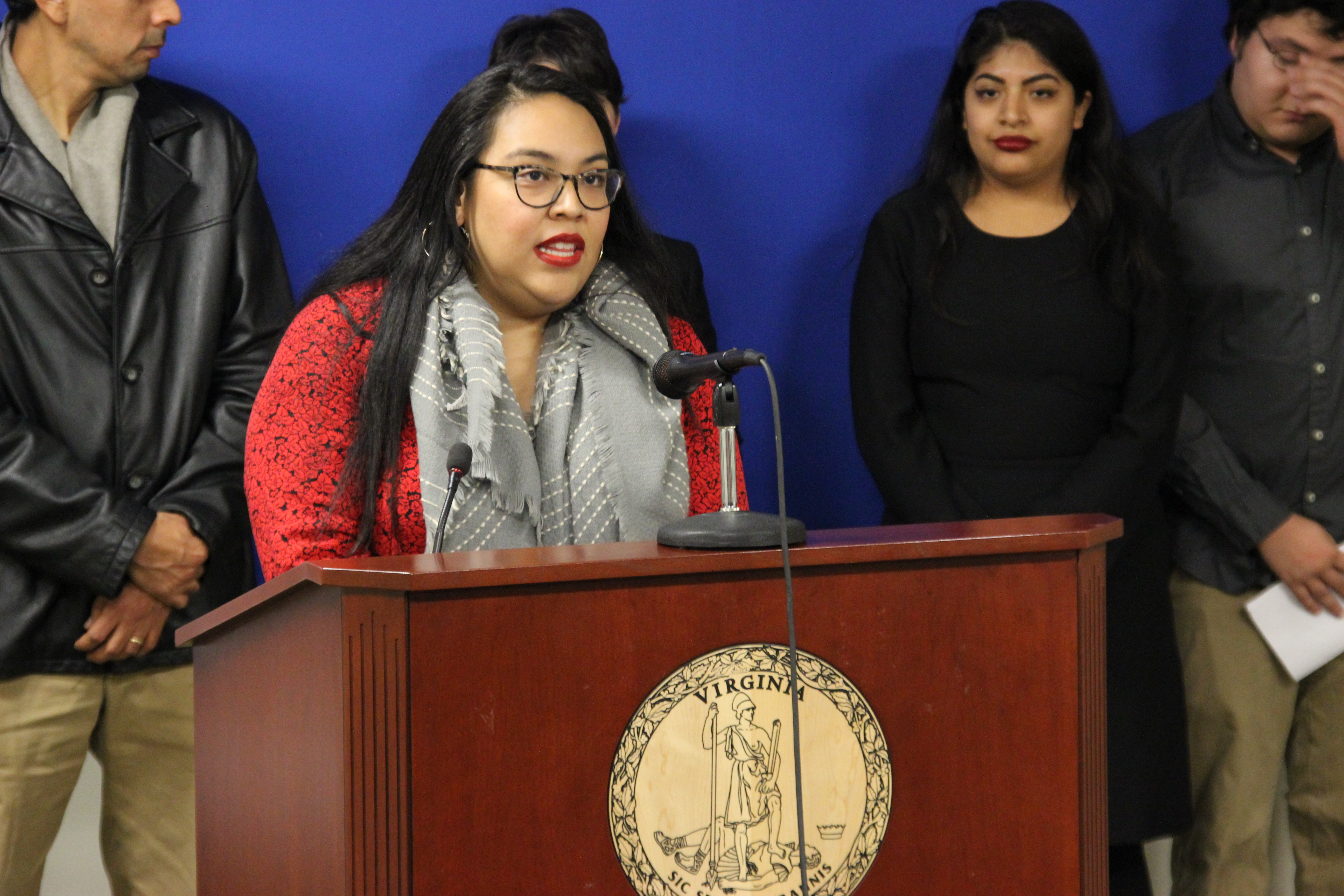 Coalition members and student supporters spoke at a news conference advocating for legislation that would improve the lives of undocumented immigrants. Del. Jennifer Boysko, D-Herndon, attended to show her support.

“While Virginia cannot create a path to citizenship for undocumented students, Virginia does have the power to create opportunities for them,” Boysco said.

Boysco plans to propose legislation that will give undocumented immigrants access to a state driver’s license. Virginia resident Gustavo Angels spoke at the meeting to express his support for such a bill.

“Drivers will be more likely to stay at the scene of an accident, aid police or other emergency workers and exchange insurance information with other drivers,” he said. “It would allow many community members to feel more comfortable reporting a crime or involving the police when they need help.”

“It’s important [to have a driver’s license] in Virginia because, I think, you need that to be successful,” Cho said.

Boysco has proposed HB 343, which expands eligibility for in-state tuition to students who have applied for legal residence or intend to apply.

“All Virginians benefit when each of our young people fulfill their greatest potential,” Boysko said.

“There are thousands of unfilled jobs in Virginia that require an associate’s or bachelor’s degree. We need an educated workforce to continue to build a new Virginia economy. These students are our neighbors, our friends, our coworkers, and family. I believe in building a more just and inclusive Commonwealth.”

When asked about the obstacles to the bill, Boysko said, “Some members of the House of Delegates believe that undocumented immigrants should not benefit from in-state tuition.  Clearly there are those at the federal level of government who hold those views.

“I hope that in Virginia we can do better.  The economic benefits of an educated workforce and the moral imperative of treating all of our young people fairly is the right choice for Virginia.”

By Caitlin Barbieri and Adam Hamza