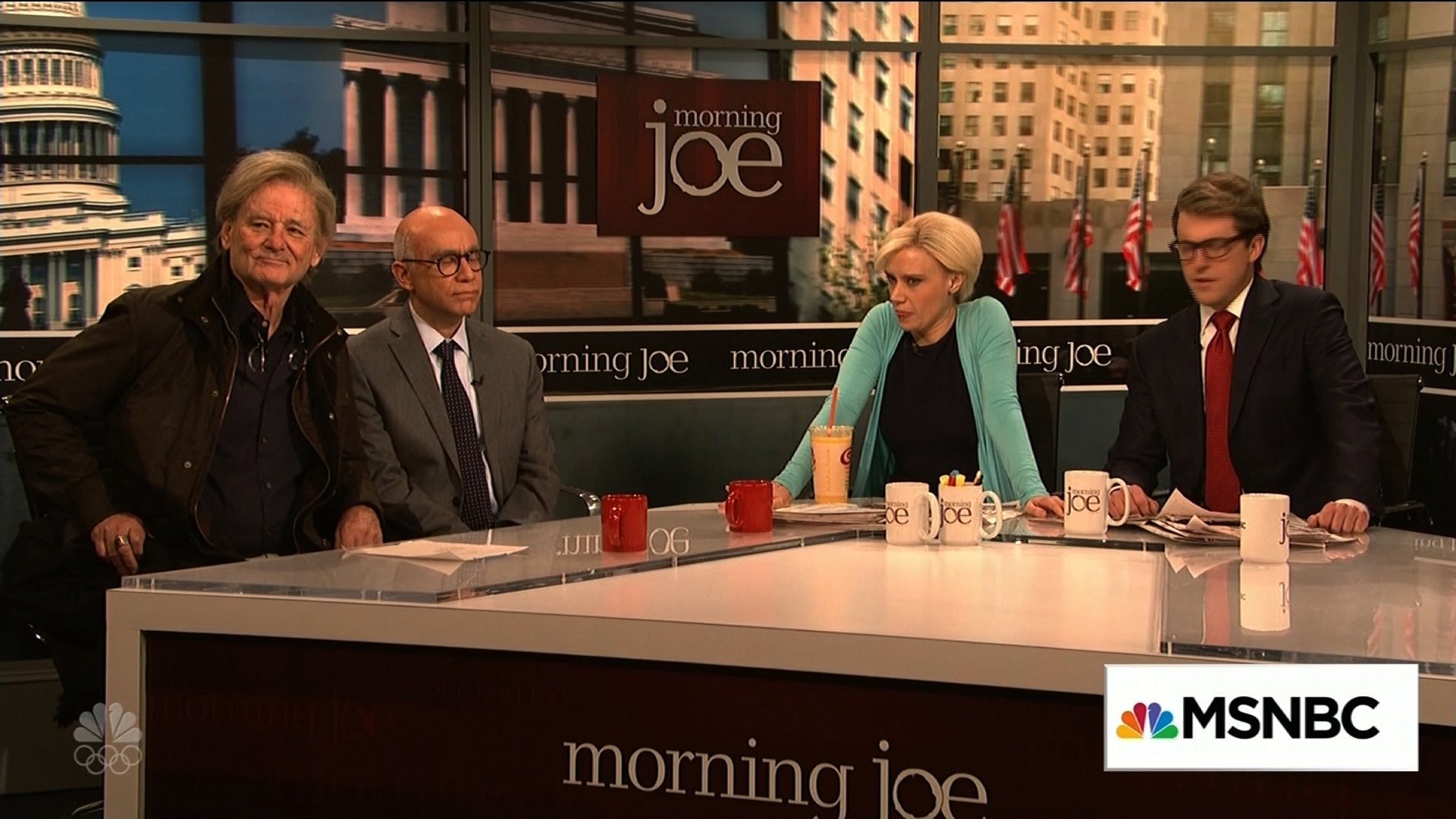 Steve Bannon is no longer a grim reaper on “Saturday Night Live.”

In the past, a cast member didn’t play Bannon, instead having the political figure played by a grim reaper character with a skull face mask. On Saturday night, during an “Morning Joe” segment, Murray came out in a black hood to big cheers from the audience.

“The Bannon magic is still out there,” Murray as Bannon said. “Magic. Magic. The king maker! The Bannon dynasty is dawning.”

“I’m working on a web series for Crackle. It’s called ‘Cucks In Cars Getting Coffee,'” he said. “I’m also coming out with a new line of wrinkled barn jackets.”

“SNL” brought out another old cast member, Fred Armisen, to play Michael Wolff, the author of “Fire and Fury,” the bestseller that explores the inner workings of the Trump White House.

“You know what? C’mon, you know you’re done, it’s over,” Armisen as Wolff said.

But Murray’s Bannon was steadfast that he would one day again return to the political world.

“I convinced this country to elect Donald and I can do it again,” Murray’s Bannon said. “I’m already auditioning candidates and prospects like Logan Paul, Martin Shkreli, the Subway guy. He’s back. He’s electable.”

“Well, I’m a celebrity, so I’m qualified,” Jones’ Oprah answered to questions of her running for president. “But I’m different from Donald Trump because I’m actually a billionaire.

Then Murray, Armisen and the rest of the cast opened the show with its traditional catch phrase, “Live … From New York, it’s Saturday night.”