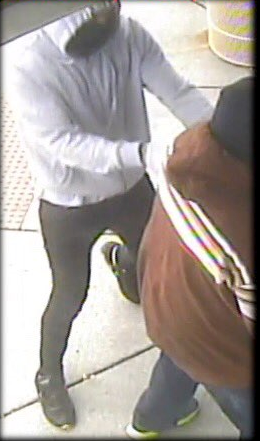 Police say that the victim was shot at the ATM after being approached by the robber and refusing to give him money.

The victim was transported to Sentara Norfolk General Hospital with what has been described as non-life threatening injuries, according to Norfolk officials.

The suspect is described as a six-foot-tall black man of a slender build. Police say that he was wearing a grey zip-up hoodie jacket, tight black jeans, black shoes and armed with a black  handgun.

Police say that if you have any information regarding this case, please contact the Norfolk Crime Line at 1-888-LOCK-U-UP.