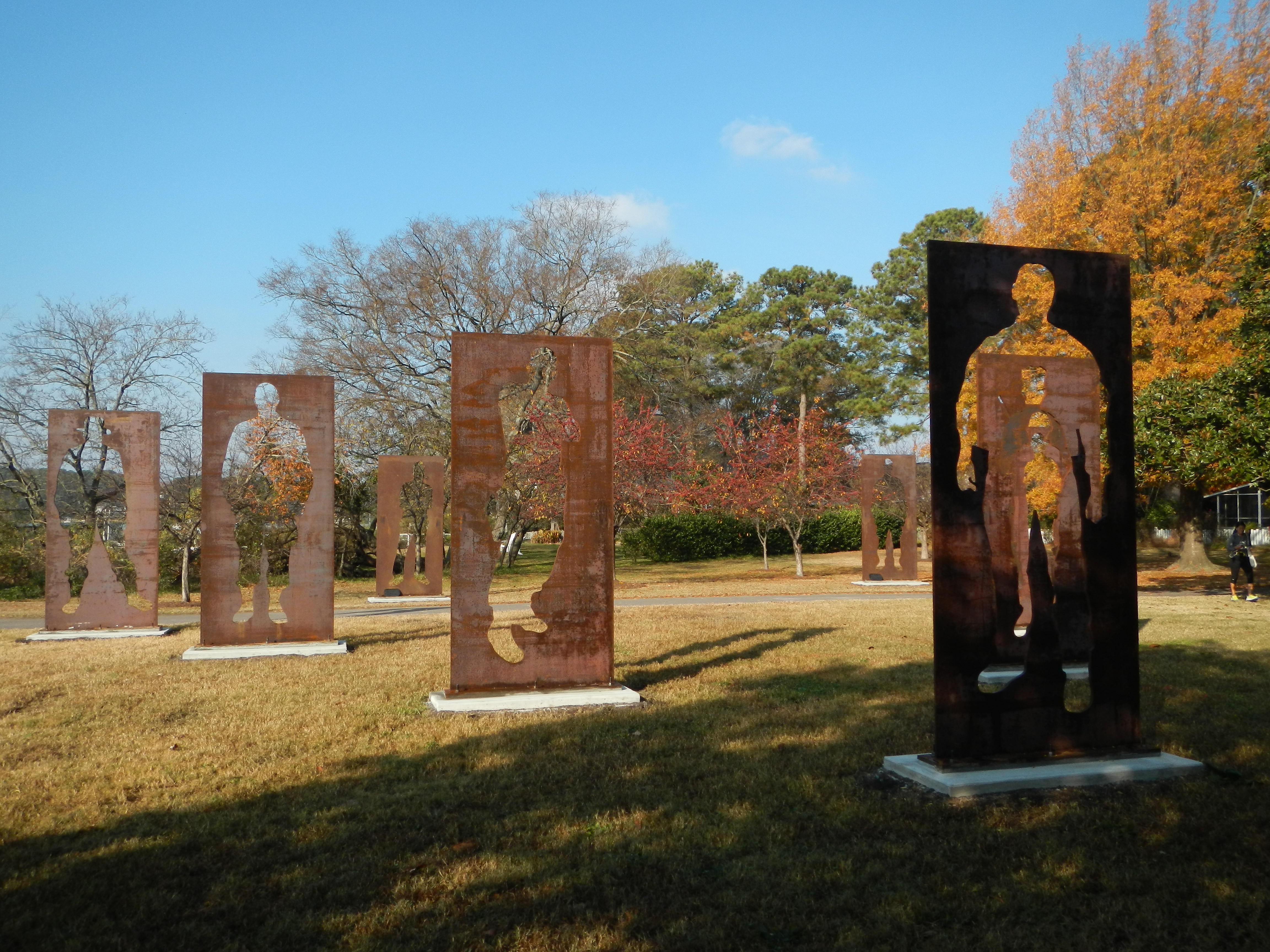 NORFOLK, Va. – The War at Home Memorial, a mobile monument that brings awareness to military PTSD, opened on Saturday, January 13, in Norfolk.

The memorial that is located along the Elizabeth River Trail was brought to Norfolk by the non-profit organization Mission 22 out of Nashville, Indiana, and opened at 10 a.m. with a ceremony to commemorate those in the U.S. Military that suffer from PTSD.

The opening of the memorial featured the Virginia Patriot Guard and Norfolk Fire and Rescue Honor Guard.

Capt. McDaniel, the Commanding Officer of Naval Station Norfolk, was a speaker at the memorial opening.

It was also a memorable day for families of those who had family members represented in the memorial, who joined others to remember their loved ones.

Each component of the memorial depicts the likeness of a real United States veteran who lost their battle with PTSD. They are constructed from a steel plate, with the veteran’s outline hollowed out from the plate. At the base of each is an enlarged dog tag with the details about their life and service, according to officials with the memorial