Watch: ‘Wheels up, guns down’ bikers take to the streets in Miami

MIAMI, Florida – Over the weekend WSVN reported that bikers put on a dangerous demonstration while protesting gun violence.

The station said several people were sent to the hospital and others were put behind bars because of the incident.

The ‘Wheels up, guns down’ ride began a few years ago as a way to promote non-violence during the Dr. Martin Luther King Jr., holiday weekend, CBS Miami reported.

Around 3:30 p.m. Monday riders took to the streets again and were caught on camera speeding through streets, while popping wheelies at times.

The vehicles include motorcycles, ATVs and dirt bikes. 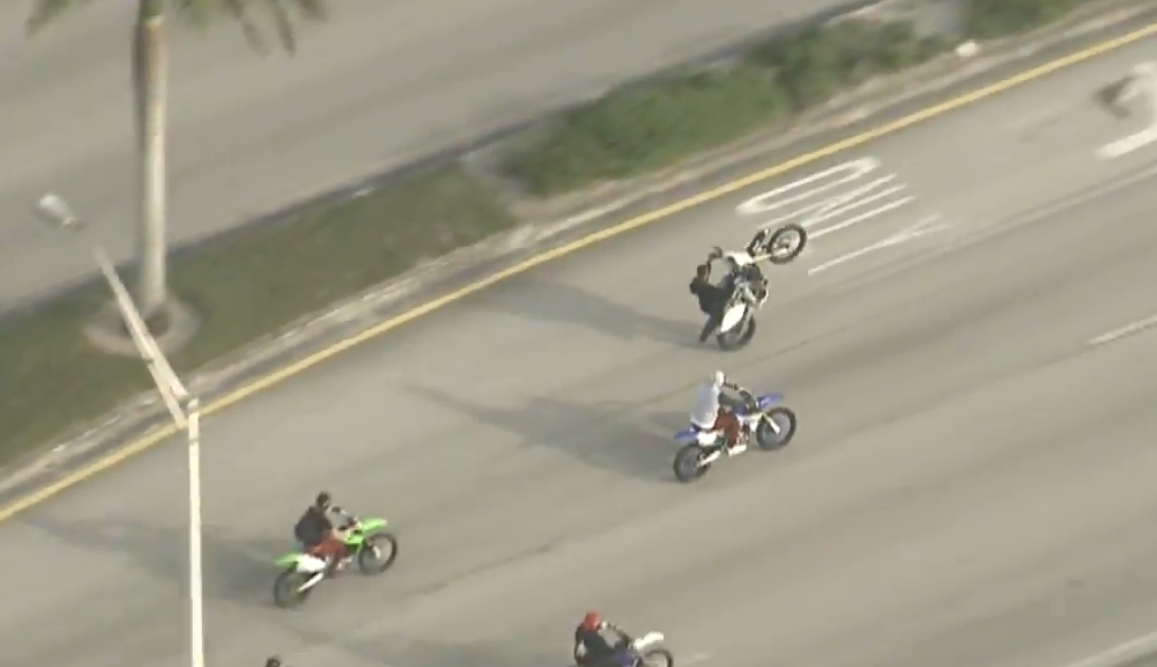