UVA men’s basketball climbs to No. 2 in national poll 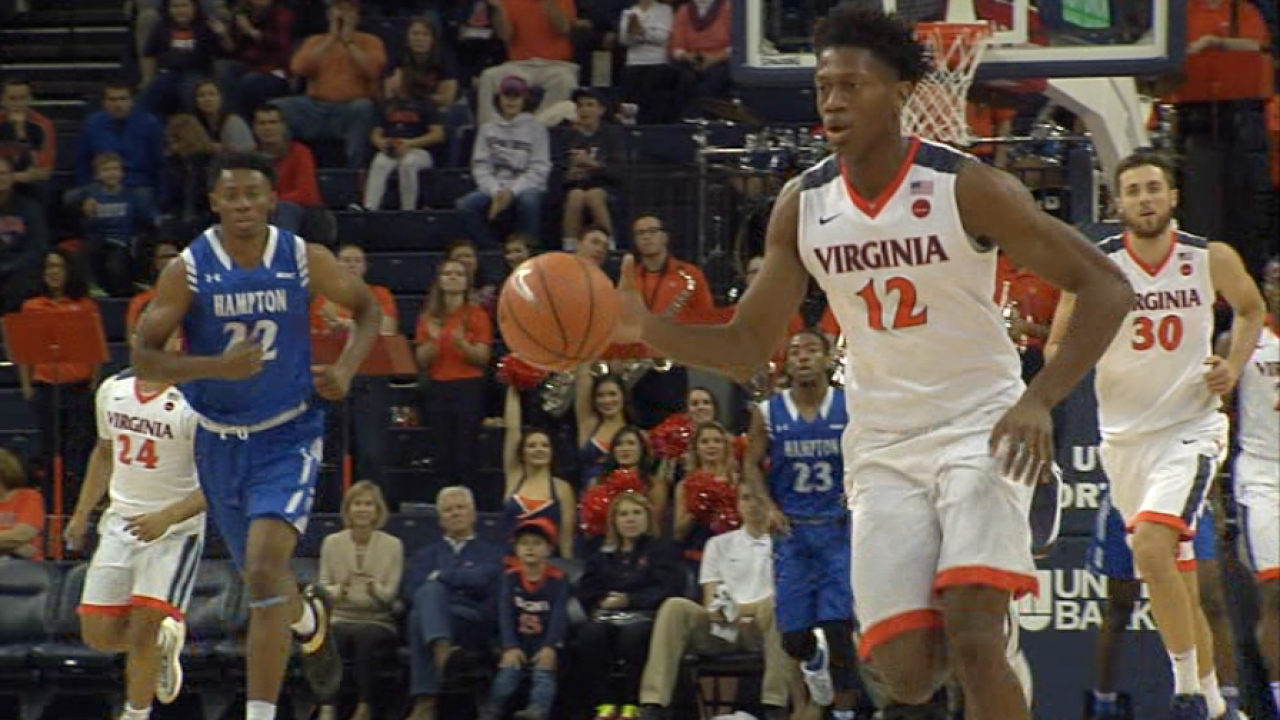 CHARLOTTESVILLE, Va. – The Virginia men’s basketball team is ranked second in the nation in the newest Associated Press NCAA men’s basketball poll released Monday. UVA is behind only top-ranked Villanova in the rankings. The number two national ranking is the highest for the ‘Hoos since they were No. 2 the week of March 2, 2015.

UVA, 16-and-1 on the season and 5-and-0 in ACC play, is riding an eight game winning streak. The Cavaliers stayed atop the ACC standings with a 68-51 home victory vs. NC State Sunday – a game featuring a career-high 25 points from Virginia Beach’s Devon Hall.

Virginia’s next contest, a Thursday date with Georgia Tech in Atlanta, can be seen live on WGNT. Tip-off of UVA/Georgia Tech is set for 8:00 p.m.