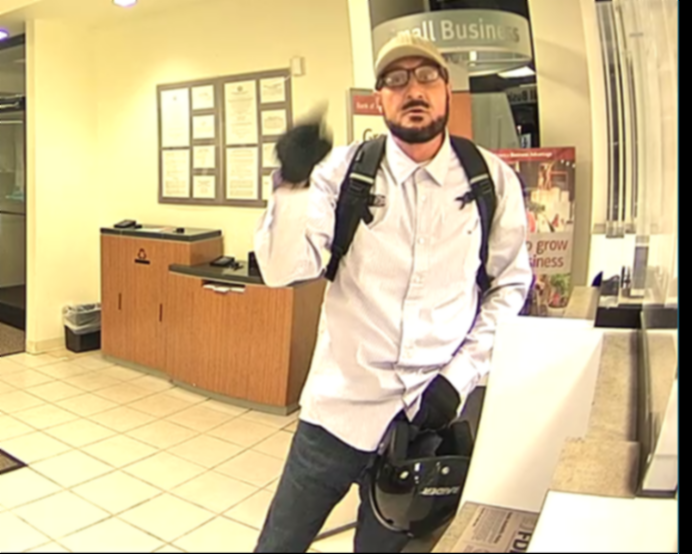 RICHMOND, Va. – The FBI is asking for the public’s help to identify a multi-state bank robber dubbed “The Chameleon Beard Bandit,” according to CBS News 6.

Investigators say the bank robberies, which occurred from September 2017 to January 2018, happened along the east coast including Henrico County and Roanoke.

The following banks were allegedly robbed by “The Chameleon Beard Bandit:”

During the robberies, the FBI says the suspect produced demand notes and either threatened he had or displayed a handgun.

The Richmond Division of the FBI is offering a $10,000 reward for information that leads to the arrest and conviction of the suspect.

“The Chameleon Beard Bandit” is described as a white male, 5’11” to 6’2”, approximately 180 to 240 pounds, mid to late 30’s, medium build, with brown eyes and hair. He also wears glasses and frequently changes the color of his beard.

Anyone with information regarding this crime, or others, may contact investigators of the Richmond FBI’s Central Virginia Violent Crimes Task Force at 804/261-1044.